The component, now developed into a drug called Ab8, was highly effective at treating and preventing SARS-CoV-2 infection in animal models. 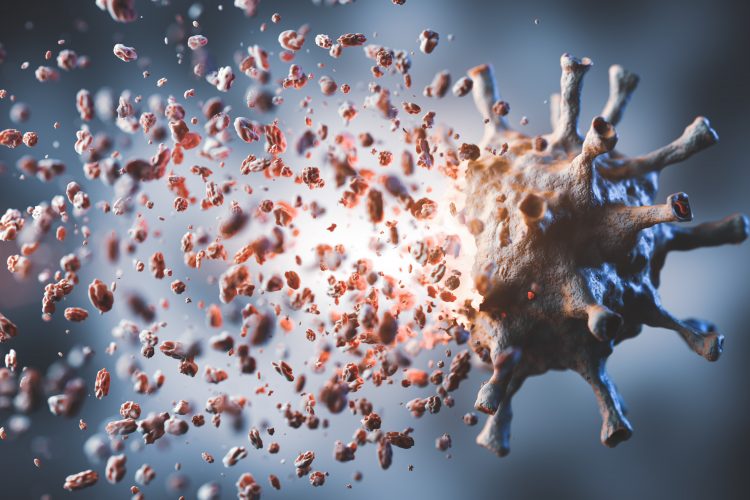 Researchers have isolated a tiny antibody component that can neutralise the SARS-CoV-2 virus and used it to construct a drug for potential use as a therapeutic and prophylactic against COVID-19.

The scientists demonstrated in their report published in Cell that their drug, Ab8, is highly effective in preventing and treating SARS-CoV-2 infection in mice and hamsters. According to the team, the small size of the biologic not only increases its potential for diffusion into tissues to better neutralise the virus, but also enables administration by alternative routes, including inhalation. Importantly, it does not bind to human cells – suggesting it will have limited negative side-effects.

“Ab8 not only has potential as a therapy for COVID-19, but it also could be used to keep people from getting SARS-CoV-2 infections,” said co-author Dr John Mellors, chief of the Division of Infectious Diseases at University of Pittsburgh School of Medicine (UPMC). “Antibodies of larger size have worked against other infectious diseases and have been well tolerated, giving us hope that it could be an effective treatment for patients with COVID-19 and for protection of those who have never had the infection and are not immune.”

The antibody component is the variable, heavy chain (VH) domain of an immunoglobulin. It was found by “fishing” in a pool of more than 100 billion potential candidates targeting the SARS-CoV-2 spike protein. Ab8 is created when the VH domain is fused to part of the immunoglobulin tail region, adding the immune functions of a full-size antibody without the bulk.

Dr Dimiter Dimitrov, senior author of the paper and director of University of Pittsburgh’s Center for Antibody Therapeutics, was one of the first to discover neutralising antibodies for the original Severe Acute Respiratory Syndrome coronavirus (SARS-CoV) in 2003. After these discoveries, his team identified potent antibodies against many other infectious diseases, including those caused by the Middle Eastern Respiratory Syndrome coronavirus (MERS-CoV), dengue, Hendra and Nipah viruses.

Nanobody could be used as antiviral treatment against COVID-19…

Convalescent plasma – blood plasma taken from patients who have recovered from SARS-CoV-2 and therefore contains anti-SARS-CoV-2 antibodies – is currently being tested in clinical trials as a treatment for those battling COVID-19. However, there is a limited supply and its efficacy has yet to be proved. According to Dimitrov, he and his team set out to isolate the gene for one or more antibodies that prevent SARS-CoV-2 infection in order to be able to mass-produce a therapeutic antibody which could overcome some of the limitations associated with convalescent plasma therapy.

They sifted through large libraries of antibody components made using human blood samples and found multiple therapeutic candidates, including Ab8.

After its discovery, a team at the University of Texas Medical Branch (UTMB) at Galveston’s Center for Biodefense and Emerging Diseases and Galveston National Laboratory, demonstrated that at very low concentrations Ab8 prevented live SARS-CoV-2 virus from entering cells.

With those results in hand, Dr Ralph Baric and his University of North Carolina at Chapel Hill (UNC), US. colleagues tested Ab8 at varying concentrations in mice using a modified version of SARS-CoV-2. Even at the lowest dose, Ab8 decreased by 10-fold the amount of infectious virus in those mice compared to their untreated counterparts. Ab8 also was effective in treating and preventing SARS-CoV-2 infection in hamsters, in experiments at the University of Saskatchewan.