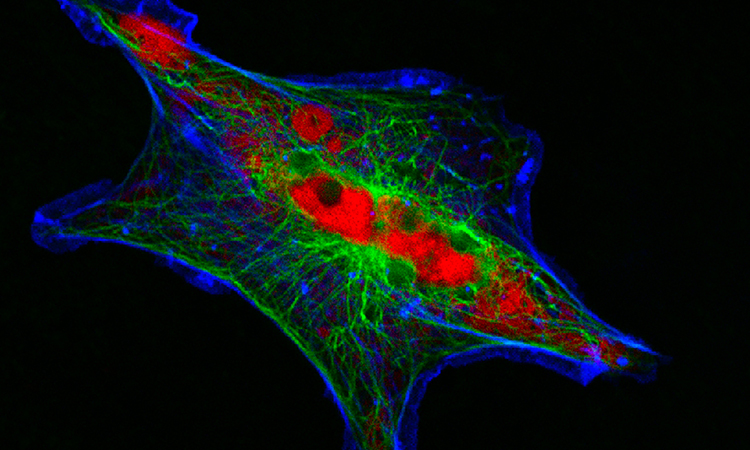 A new drug has shown great promise in the pre-clinical treatment of neuroblastoma, an aggressive form of childhood cancer. The study was led by researchers at Lund University, Sweden.

Despite intensive chemotherapy, neuroblastoma can be difficult to cure and the prognosis is often poor. However, the researchers have now identified and tested a drug that has been shown to be very effective against neuroblastoma.

“Initially we conducted a large-scale drug screen where we examined how 500 drugs affected neuroblastoma cells from patients. Most of these medications have never before been used on patients with neuroblastoma,” said Karin Hansson, doctoral student and first author of the study.

The team then identified the lead candidates from the most effective drugs. One of these was a so-called KSP inhibitor, which the researchers revealed was particularly interesting as patients with a high proportion of KSP protein have the more aggressive variant of neuroblastoma, which is synonymous with a worse prognosis.

When the researchers treated mice with this drug, they saw how the KSP inhibitor prevented tumour growth and drastically prolonged survival. In some cases, the team found that the tumour disappeared completely. The KSP inhibitors blocked the protein in tumour cells, meaning that the cells could no longer divide and therefore eventually died.

According to the team, the KSP inhibitor has not previously been used for neuroblastoma, but was shown to be extra effective against this type of cancer. It also did not affect healthy bone marrow cells, which is important as side effects are a major problem in childhood cancer therapies.

“The results were very clear and the treatment is very promising. Even so, there will probably be a need to combine this treatment with other drugs to completely knock out all tumour cells. Fortunately, the drug is already approved for use in humans. Now, of course, we hope that clinical trials for neuroblastoma will be initiated,” concluded Associate Professor Daniel Bexell, research group leader at Lund University.