The team demonstrated that expression of Bach2 protein and reduced mTORC1 activity is necessary for germinal B cells to become memory B cells. 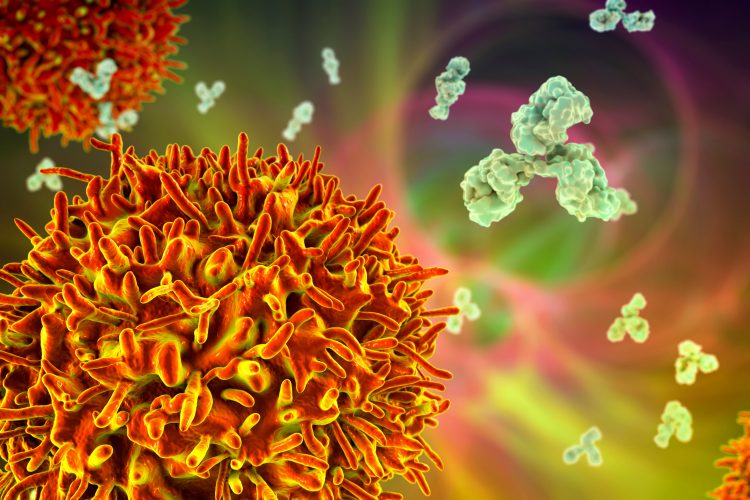 With the ongoing COVID-19 pandemic thrusting vaccine development, antibodies and immune responses to the fore, more than just immunologists are interested in understanding the how our bodies respond to re-infections months, years or decades after an initial immune response. In their new study, researchers identified that a protein called Bach2 regulates the expression of genes required for activated B cells to become memory B cells. Their findings could have implications for vaccine development.

Memory B cells are a type of white blood cell that are created in lymph nodes or spleens during an infection and persist in the body for years afterwards. These cells allow rapid and strong antibody-related responses to re-infection by the same virus or bacteria. Activated B cells, also called germinal B cells can become either memory B cells or plasma cells, the more numerous type of white blood cell that helps fight an initial infection by producing antibodies. In their research, Tomohiro Kurosaki and colleagues at Osaka University, Japan, sought to understand what causes germinal B cells to differentiate into memory cells, plasma cells or be recycled.

The scientists identified different types of B cells using their cell surface protein markers and identified a subset that were prone to become memory cells, these were dubbed pro-memory B cells. In mice known to be deficient at producing memory B cells due to a lack of the protein Bach2 – a transcription factor required for memory B cell production – the team found that the mice had fewer pro-memory B cells and increased expression of genes related to a protein complex called mTORC1.

In further experiments the team demonstrated the importance of mTORC1. “We ultimately found that mTORC1 signalling was less active in pro-memory B cells than in those that ended up being recycled,” said Kurosaki. According to the team, inhibiting mTORC1 activity (ie, inducing a state of mTORC1 hypometabolism) in the Bach2 knockout mice allowed them to produce memory B cells. Additionally, in wild-type mice, artificially reducing mTORC1 activity in B cells led to the production of more memory cells than normal, while increasing its activity had the opposite effect.

The researchers cautioned that mTORC1 activity alone could not explain everything: subsequent experiments showed that the unique combination of Bach2 expression and reduced mTORC1 activity is necessary for germinal B cells to become memory B cells.

Kurosaki concluded that understanding the process through which memory B cells are produced means that this process can be manipulated for our benefit: “Given the importance of memory B cells in protecting us against re-infection, being able to induce their production could be helpful for developing efficient vaccines that remain effective for years.”