Researchers have found they can make leukaemia cells vulnerable by dislodging leukaemia stem cells from a tumour-promoting niche. 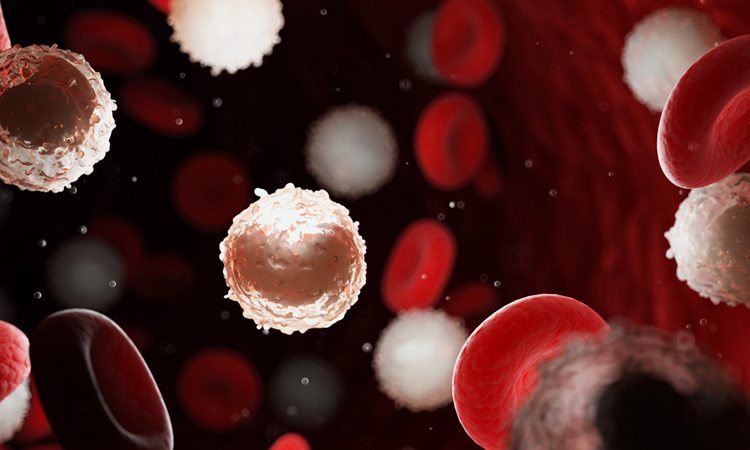 Researchers have found a new way to make leukaemia cells vulnerable by dislodging leukaemia stem cells from a tumour-promoting and protecting niche within bone marrow. The study was conducted at the Max Planck Institute of Biochemistry, Germany.

According to the researchers, as blood cells have a limited lifespan, are lost during bleeding or are used up during infections, they must be replaced continuously. This supply is ensured by the haematopoietic stem cells in the bone marrow.

The team say that in chronic myeloid leukaemia, the haematopoietic stem cell undergoes a genetic mutation by recombining chromosome 9 and 22. As a result, gene building blocks fuse that would otherwise not be in contact with each other. The incorrectly assembled chromosome is called Philadelphia chromosome and harbours the instructions for the BCR-ABL oncogene. This causes the leukaemic stem cell to divide at the expense of healthy blood stem cells.

Peter Krenn, first author of the study, explained: “The isoform Kindlin-3 is only used by blood cells. If mice harbour leukaemic stem cells that lack Kindlin-3, they do not develop leukaemia. Without Kindlin-3 and active integrins, the leukemic stem cells cannot attach themselves to their niche environment and are released from the bone marrow into the blood. Since they cannot home elsewhere either, they remain in the blood. There the leukaemic stem cells lack the urgently needed support, which they usually receive from the niche and die.”

“CTLA-4 is only briefly present on the cell surface and is then rapidly recycled back into the cell and then back to the cell surface again. This enabled us to introduce a Kindlin-3 degrading siRNA into the cell by coupling it to a CTLA-4-binding RNA sequence, which is called aptamer. The leukaemic stem cell without Kindlin-3 is flushed from the bone marrow and the leukaemia loses its origin and runs out of fuel,” Krenn said.

The team say that they have developed a new therapeutic approach to treat chronic myeloid leukaemia in mice. However, they suggest that the principle of the therapy is universally valid. As the inhibited Kindlin-3 production and consequent loss of integrin function prevents the cancer cells from being able to adhere and settle in tumour-promoting niches, the method could also prevent the cancer cells of other types of leukaemia from settling.