A study in healthcare workers has shown that antibodies from COVID-19 infection protect individuals from reinfection for at least six months. 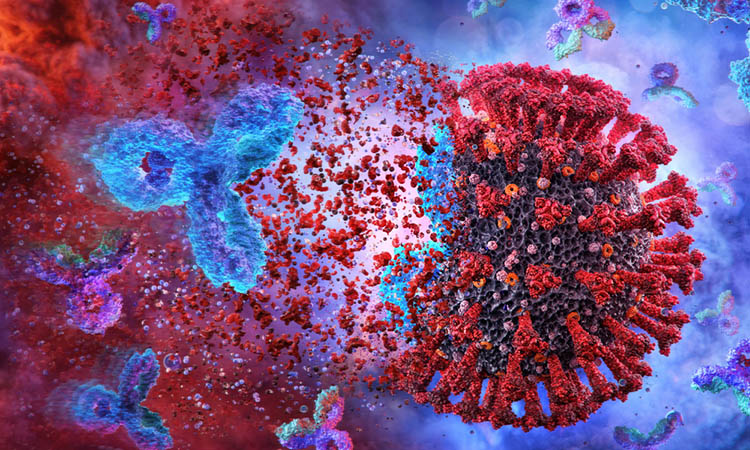 A new study suggests that individuals who have previously had COVID-19 are highly unlikely to contract the illness again for at least six months following their first infection. The study was conducted as part of a collaboration between the University of Oxford and Oxford University Hospitals (OUH) National Health Service (NHS) Foundation Trust, both UK.

The researchers studied a 30-week period (April to November 2020) with 12,180 healthcare workers employed at OUH. The workers were tested for antibodies to SARS-CoV-2, the virus that causes COVID-19, as a way of detecting who had been infected before.

The hospital tested staff regularly for COVID-19, both when they became unwell with symptoms and also as part of regular testing of staff. The researchers then followed whether staff who had been infected before had the same number of new COVID-19 infections as those who had not been infected before.

The researchers suggest that most people are unlikely to get COVID-19 again if they have already had it in the previous six months. Additionally, the team concluded that healthcare workers who did not have antibodies against COVID-19 were more likely to develop the infection.

One of the authors on the paper, Professor David Eyre, said: “This ongoing study involving a large cohort of healthcare workers has shown that being infected with COVID-19 does offer protection against re-infection for most people for at least six months – we found no new symptomatic infections in any of the participants who had tested positive for antibodies, while 89 of those who had tested negative did contract the virus. This is really good news, because we can be confident that, at least in the short term, most people who get COVID-19 will not get it again. We know from a previous study that antibody levels fall over time, but this latest study shows that there is some immunity in those who have been infected. We will continue to follow this cohort of staff carefully to see how long protection lasts and whether previous infection affects the severity of infection if people do get infected again.”

The findings were published in pre-print in medRxiv.