Novel bronchodilator could be used for control of asthma

Study identifies a promising new compound that can open constricted airways and could be a promising treatment for obstructive lung diseases. 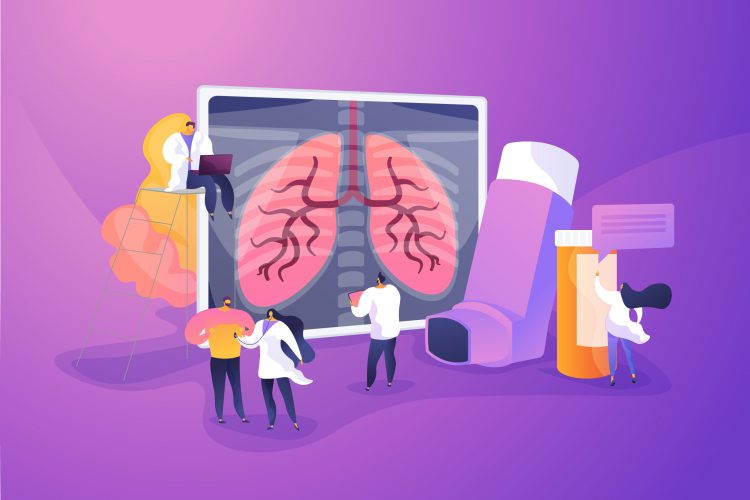 Researchers have identified a promising drug candidate for the control of lung inflammation and airway constriction. According to the researchers, their novel, first-in-class bronchodilator could help patients with asthma or chronic obstructive pulmonary disease (COPD) control their symptoms.

Despite the progress made in managing asthma and chronic obstructive pulmonary disease (COPD), poorly controlled symptoms for both respiratory diseases can lead to severe shortness of breath, hospitalisations or even death.

“Only about 50 percent of asthmatics, and an even lower percentage of people with COPD, achieve adequate control of lung inflammation and airway constriction with currently available medications. So, we are clearly missing something from our drug armamentarium to help all these patients,” said Dr Stephen Liggett, vice dean for research at the University of South Florida (USF) Morsani College of Medicine, US, and a USF Health professor of medicine, molecular pharmacology and physiology, and biomedical engineering.

In asthma and COPD, tightening of smooth muscles surrounding bronchial tubes narrows the airway and reduces air flow. Dr Liggett’s laboratory has discovered several subtypes of bitter taste receptors (TAS2Rs) – G protein-coupled receptors expressed on human smooth airway muscle cells inside the lungs – that can dilate the airway when activated. They are now working to identify potential therapeutics for asthma and other obstructive lung diseases that target TAS2Rs.

Of these agonists, 1,10 phenanthroline-5,6-dione (T5-8) was found to be the most promising: it was 1,000 times more potent than some of the other compounds tested and exhibited a maximum relaxation response substantially greater than that of albuterol (50 percent and 27 percent, respectively). Albuterol is a beta-2 agonist, the only class of direct bronchodilators available to treat wheezing and shortness of breath caused by asthma and COPD. However, this drug or its derivatives – prescribed in rescue inhalers – do not work for all patients and overuse has been linked to increased hospitalisations, according to Dr Liggett. “Having two distinct classes of drugs that work in different ways to open the airways would be an important step to help patients optimally control their symptoms.”

He added that while T5-8 worked best, some of the other drug candidates also worked well, “so we now have multiple potential new drugs to carry out the next steps,” and concluded: “This study yielded a drug discovery that successfully meets most of the criteria needed to advance the compound toward its first trial as a potential first-in-class bronchodilator targeting airway receptor TAS2R5.”