The lead candidate, ADG2, was able to neutralise SARS-CoV and various strains of SARS-CoV-2, including those that are resistant to currently available antibody treatments. 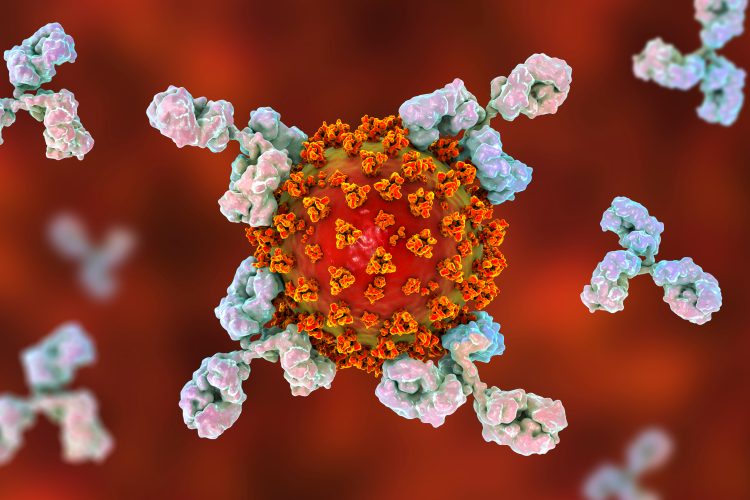 Researchers have developed an antibody which was able to neutralise a range of sarbecoviruses, including the Severe Acute Respiratory Syndrome coronavirus (SARS-CoV) and SARS-CoV-2, which causes COVID-19, in pre-clinical testing. According to the developers, ADG2 has the potential to protect against common circulating SARS-CoV-2 variants as well as future SARS-related viruses with pandemic potential.

Although two vaccines and two monoclonal antibody (mAb) therapies for COVID-19 have been granted Emergency Use Authorisation by the US Food and Drug Administration (FDA), it is unknown whether these vaccines and treatments will provide broad protection against new emerging SARS-CoV-2 strains. This is, in part, because epitopes recognised by most of these approaches are highly variable among other clade 1 sarbecoviruses, limiting their utility and increasing their susceptibly to antibody escape mutations.

To combat this, scientists are working to develop broadly neutralising antibodies (bnAbs) which could prevent or mitigate future outbreaks of SARS-related coronaviruses (CoVs).

To investigate whether bnAbs can be engineered and provide broad protection against viral variants in vivo, C. Garrett Rappazzo and colleagues took antibodies from a 2003 SARS-CoV survivor that cross-neutralise multiple SARS-related viruses with modest potency and selectively engineered them to improve their ability to bind to CoVs. They then studied whether the engineered antibodies could neutralise SARS-CoV-2 in mouse cell lines.

In experiments the researchers identified a lead candidate, ADG2, which was able to completely protect mice against severe SARS-CoV-2 and SARS-CoV when they were treated prophylactically. It was able to bind to more than 30 of the most frequently observed SARS-CoV-2 variants, including those resistant to other mAbs in development or approved for emergency use, and more than a dozen sarbecoviruses receptor binding domains. It was also able to neutralise two related CoVs known to be circulating in bat populations (WIV-1 and SHC014).

The researchers also performed structural and biochemical studies to identify how ADG2 binds and found that it targets an epitope that is highly conserved across clade 1 sarbecoviruse. Notably, no mutations have been reported in the key contact residues for AGD2 as of December 9, 2020, suggesting there is a low risk of pre-existing resistance. All of these factors make it an attractive target for the design of “pan-SARS” vaccines that aim to elicit similar broadly protective antibodies.

Additionally, they compared ADG2 to other mAbs in development or approved for emergency use in two neutralisation assays and found that ADG2 had similar or higher potency against SARS-CoV-2.

Adagio Therapeutics Inc., who developed ADG2 have since modified it, extending its half-life. According to the company, the new version, called ADG20, could offer protection against COVID-19 for up to a year. It expects ADG20 to enter Phase I clinical studies in early 2021.

“These studies demonstrate our lead antibody [ADG2] shows comparable or higher neutralisation potency against SARS-CoV-2 than leading antibodies currently in development for COVID-19 and binds effectively to all of the most commonly circulating SARS-CoV-2 variants, indicating that it should not be affected by known resistance mutations. Unlike most antibodies currently in clinical development or approved for emergency use, ADG20 binds to a highly conserved epitope, so we believe it will also be effective against future emerging SARS-CoV-2 strains and related pre-emergent sarbecoviruses,” said Dr Laura Walker, chief scientific officer of Adagio.