Disrupting the interaction between the MYC oncogene and its co-factor, host cell factor (HCF)–1, was sufficient to cause Burkitt’s lymphoma cells to self-destruct in vivo. 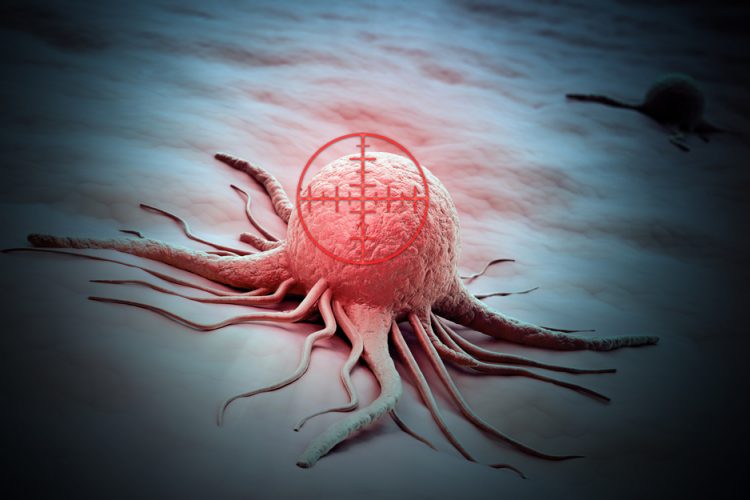 Researchers have demonstrated that inhibiting the interaction between the MYC oncogene and the host cell factor (HCF)–1 protein causes tumours to melt in a matter of days. The team suggest their findings could give rise to treatments for several of the deadliest cancers.

Cancer researchers, led by William Tansey, professor of cell and developmental biology and biochemistry, at Vanderbilt University, US, are trying to understand how the oncogene MYC works in cancer genesis. The MYC gene performs important functions during human development; however, it often becomes reactivated in the deadliest and most difficult to treat cancers, including Burkitt’s lymphoma.

According to Tansey, this activation drives “relentless rounds of cell duplication and division” and the faster the cells divide, the more mutations they accumulate, resulting in cancers.

While it is a desirable target for therapies, Tansey explained that MYC has been elusive for over three decades, considered ‘undruggable’ because of its lack of structure. To overcome this, Tansey’s lab focused on identifying MYC’s more structured partner proteins with the goal of engineering mutations that disrupt the partners’ interactions with MYC that cause cancer growth. “If we can validate the physical contact between MYC and a protein, we can go after it therapeutically,” Tansey remarked.

In their work, the team identified HCF-1 as a promising candidate for therapeutic development. HCF-1 is a co-factor of MYC and is important for stimulating protein synthesis. They demonstrated that genetically engineering cells expressing MYC so it cannot interact with HCF-1 causes the cells to self-destruct in vivo. From this, Tansey et al. concluded that developing a therapy that limits this interaction could be a hugely promising step in cancer treatment.

“What is interesting is that we do not need to take away all of the MYC function,” Tansey enthused. “Like an Achilles heel, we only need to go after a very specific interaction.”

This is the second protein discovered by Tansey that responds to MYC like this. In collaboration with Stephen Fesik, Orrin H. Ingram II Professor of Cancer Research, he previously discovered the protein WDR5 which also causes cancerous cells to self-destruct.

“MYC physically binds to DNA to activate genes. Protein transcription factors only need two domains: a DNA binding domain and an activation domain that spurs DNA to make RNA and proteins. We are interested in the bit in between, the orphan piece of the protein that no one else had seriously looked at,” Tansey said.

After four years of work, the researchers now intends to get a greater sense of how HCF1 works with MYC and how it affects other protein functions.