Researchers have synthesised peptides that function like a soluble chemokine receptor, blocking atherosclerosis in animal models. 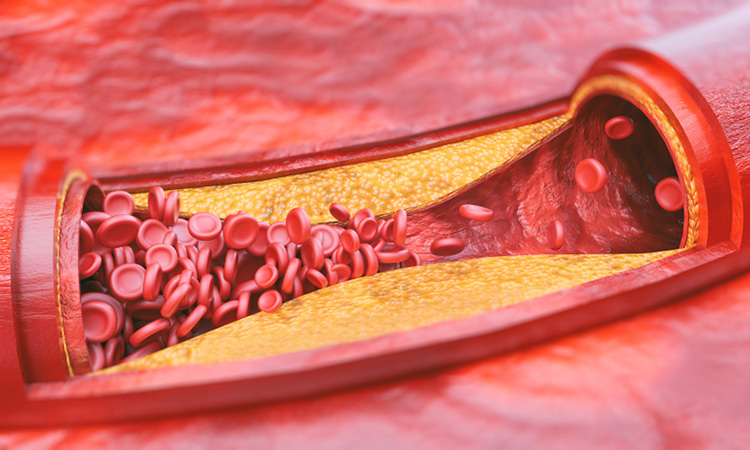 Researchers have designed and chemically synthesised short chains of amino acids – peptides – that function like a minimised soluble chemokine receptor. In animal models, the team from the Technical University of Munich (TUM), Germany, found that these peptides can block atherosclerosis.

According to the researchers, atherosclerosis is a chronic inflammatory condition of the arterial blood vessel wall. Soluble mediators such as cytokines and chemokines are pivotal players in this disease, promoting vascular inflammation. However, the development of anti-inflammatory therapeutics directed against such mediators that could prevent atherosclerosis has proven difficult, despite promising clinical studies in the recent past.

Previous studies have shown the effectiveness of therapeutics related to cytokines and chemokines. However, these drugs not only interfered with the effect of these mediators on atherosclerosis, but also suppressed their beneficial effects, for example those related to the host defence against infections.

“The mini-CXCR4 mimics we have developed are able to selectively differentiate between two different chemokines that target the same receptor – in this case between the atypical chemokine MIF and the classical chemokine CXCL12. This enables them to specifically block pathways underlying atherosclerosis,” explained Professor Aphrodite Kapurniotu, one of the study’s researchers. “Peptide-based therapeutics are often considered less stable, as peptides may get rapidly degraded in the body by enzymes called proteases. However, we can apply various state-of-the-art approaches of peptide chemistry to improve the stability of peptides, for example by introducing unnatural amino acids into the peptide sequence.”

The team say that their findings show that concepts based on mini-chemokine-receptor mimics are feasible and suggest that this concept could potentially be applied to other chemokines as well. Therefore, the new molecular concept could bear therapeutic potential for atherosclerosis and other inflammatory diseases.