A new delivery vector using platelets has shown success in pre-clinical trials at delivering photothermal particles and immunostimulators to tumours. 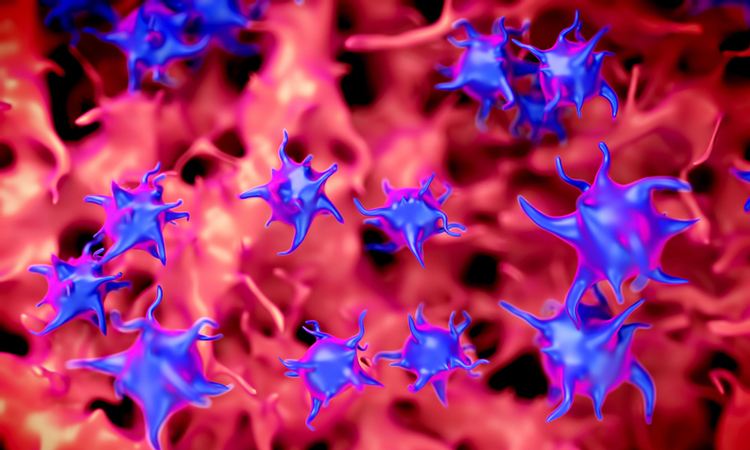 The scientists utilised the aggregation and activation features of the platelets to address issues of tumour targeting and intratumoural penetration. According to the researchers, upon carrying photothermal nanoparticles and immunostimulators, this biomimetic formulation could also provide an efficient combination therapy against multiple types of cancer.

Recently, photothermal therapy (PTT) has attracted increasing attention. Although promising, efficient delivery of PTT still faces a series of issues. The accumulation of photosensitisers, specifically at tumour sites and subsequent intratumoural penetration are restricted for most anticancer therapies, because of the cancer’s heterogeneity and the compact extracellular matrix.

As a new type of delivery vector, platelets have shown their capacity to deliver cargo to tumour sites via several mechanisms, suggesting they are reasonable candidates for tumour targeting and intratumoural penetration.

Hyperthermia can induce tumour cells to release antigens. The team say that such a response not only reveals the inherent relationship between the underlying mechanisms of PTT and immunoactivation, but also encourages the combination of PTT and immunotherapy for improved anticancer therapy. 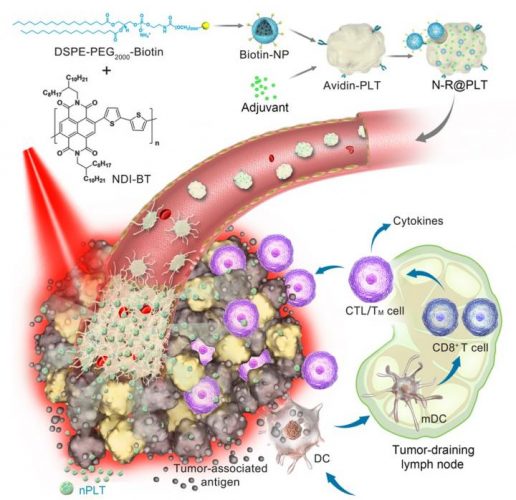 In this new platelet-based formulation, photothermal nanoparticles and immunostimulators were simply, mildly and efficiently integrated into platelets.

The biomimetic platelets worked as circulating sentinels in the bloodstream and had a sensitive response to vascular damage. As a result, a portion of them acted as spearheads to prime adhesion at defective tumour vascular endothelial cells.

After irradiation with low-power NIR, local hyperthermia resulted in acute vascular damage, which subsequently induced an aggregation cascade of reinforced platelets to form a targeting arsenal in situ. Subsequently, nanosized proplatelets (nPLTs) were further generated upon these activated platelets.

“We observed that nPLTs relayed the cargo into deep tumour tissue, expanding the area of attack,” said Professor Wei Wei from IPE.

This study was published in Science Advances.