A team has demonstrated in mouse models that a self-assembling nanofibre material could limit the damage caused by cytokines in inflammatory diseases. 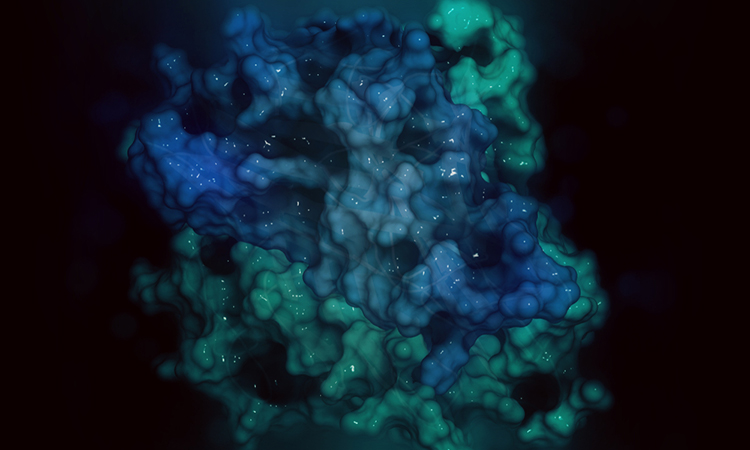 Bioengineers at Duke University, US, have developed a self-assembling nanomaterial that can help limit damage caused by inflammatory diseases by activating key cells in the immune system. In mouse models of psoriasis, the nanofibre-based drug mitigated damaging inflammation as effectively as a gold-standard therapy.

According to the researchers, one of the hallmarks of inflammatory diseases is the overproduction of cytokines that cause inflammation, with one of the most significant being TNF. Currently, the best treatment for these diseases involves the use of monoclonal antibodies (mAbs), which are designed to target and destroy TNF and reduce inflammation.

Although mAbs have enabled better treatment of inflammatory diseases, the therapy is not without its drawbacks, including a high cost and the need for patients to regularly inject themselves.

To circumvent these issues, researchers have been exploring how immunotherapies can help teach the immune system how to generate its own therapeutic antibodies that can specifically limit inflammation. 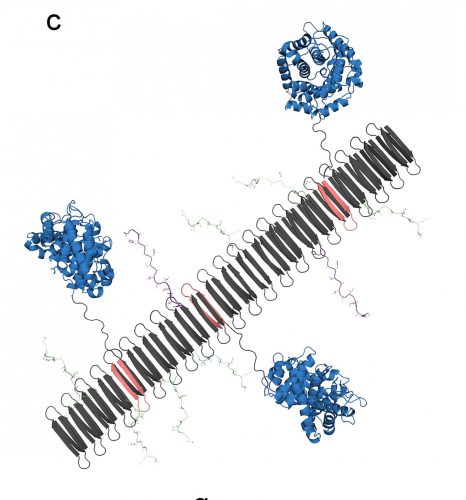 “We are essentially looking for ways to use nanomaterials to induce the body’s immune system to become an anti-inflammatory antibody factory,” said Professor Joel Collier, one of the lead researchers. “If these therapies are successful, patients need fewer doses of the therapy, which would ideally improve patient compliance and tolerance. It would be a whole new way of treating inflammatory disease.”

In the study, the researchers demonstrated how novel nanomaterials could assemble into long nanofibres that include a specialised protein called C3dg. These fibres then were able to activate immune system B cells to generate antibodies.

“C3dg is a protein that you would normally find in your body,” said Kelly Hainline, a graduate student in the Collier lab. “The protein helps the innate immune system and the adaptive immune system communicate, so it can activate specific white blood cells and antibodies to clear out damaged cells and destroy antigens.”

Due to the protein’s ability to interface between different cells in the immune system and activate the creation of antibodies without causing inflammation, researchers have been exploring how C3dg could be used as a vaccine adjuvant, which is a protein that can help boost the immune response to a desired target or pathogen.

“When Kelly assembled the C3dg protein and key portions of TNF into these nanofibres, she saw that there was a strong B-cell response, which means there was an increased production of antibodies that targeted TNF,” said Collier. “In standard mouse models of inflammation, mice experience a temperature change where their internal temperature will drop. But when Kelly delivered her C3dg nanofibres, it was highly protective and the mice did not experience an inflammatory response.”

When the team tested their nanomaterial in the psoriasis mouse model, they found that the nanofibres carrying C3dg were as effective as a mAb therapy. Furthermore, because C3dg is normally found in the body, it was not flushed out of the system by antidrug antibodies.

After examining the psoriasis model, the team found that C3dg was not just stimulating antibody production in the B cells, it was also influencing the response of T cells.

“We observed that nanofibres that only contained the C3dg components without the TNF components still showed a therapeutic benefit to our models, which was surprising. I think the most significant discovery was seeing a beneficial T-cell response that was activated by a protein you would naturally find in your body,” said Hainline. “That kind of response had been seen before with other proteins, but we have not seen any reports of people using that response with C3dg.”

For their next steps, the team hopes to further explore the mechanisms behind this beneficial T-cell activation. They will also pursue additional experiments to explore the response to similar nanomaterials in rheumatoid arthritis models.

The study is published in PNAS.