Having synthesised the curcusone D compound, researchers demonstrated its promise as the first BRAT1 inhibitor, making it a potential cancer therapy. 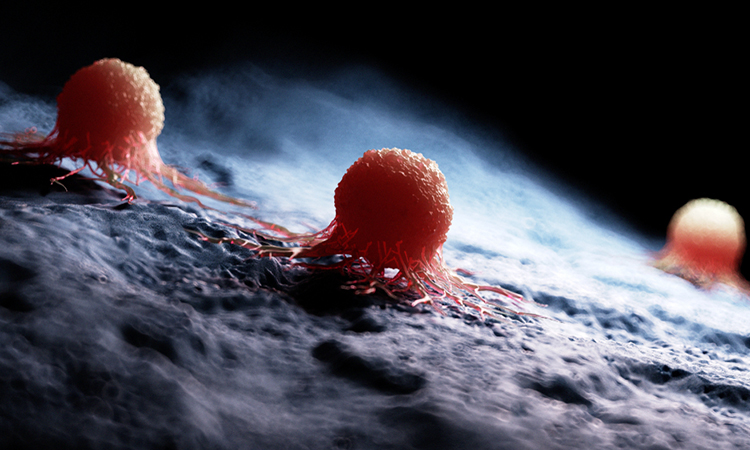 A US chemist has discovered a method to synthesise a compound to fight a previously “undruggable” cancer protein with benefits across many cancer types. The study was conducted at Purdue University.

Inspired by a rare compound found in a shrub native to North America, Professor Mingji Dai studied the compound and discovered a cost-effective and efficient way to synthesise it in the lab. According to Dai, the compound – curcusone D – has the potential to help combat a protein found in many cancers, including some forms of breast, brain, colorectal, prostate, lung and liver cancers, among others. The protein, dubbed BRAT1, had previously been deemed undruggable for its chemical properties. In collaboration with Alexander Adibekian’s group at the Scripps Research Institute, US, they linked curcusone D to BRAT1 and validated the compound as the first BRAT1 inhibitor.

Researchers tested the compounds on breast cancer cells and found curcusone D to be extremely effective at shutting down cancer cells. BRAT1 regulates DNA damage response and DNA repair in cancer cells. If scientists can damage cancer cells’ DNA and keep them from repairing it, they can stop cancer cells from growing.

“Our compound can not only kill these cancer cells, it can stop their migration,” Dai said. “If we can keep the cancer from metastasising, the patient can live longer.”

The next step will be to test the compound to ensure that it is not toxic to humans, something the researchers are optimistic about since the shrub it came from has been used as a traditional medicine in a number of cultures.

“Many of our most successful cancer drugs have come from nature,” Dai said. “A lot of the low-hanging fruit, the compounds that are easy to isolate or synthesise, have already been screened and picked over. We are looking for things no one has thought about before. Once we have the chemistry, we can build the molecules we are interested in and study their biological function.”

The study was published in Journal of the American Chemical Society.