Scientists have developed an implant that releases insulin-secreting cells which has shown success at treating diabetes in mice. 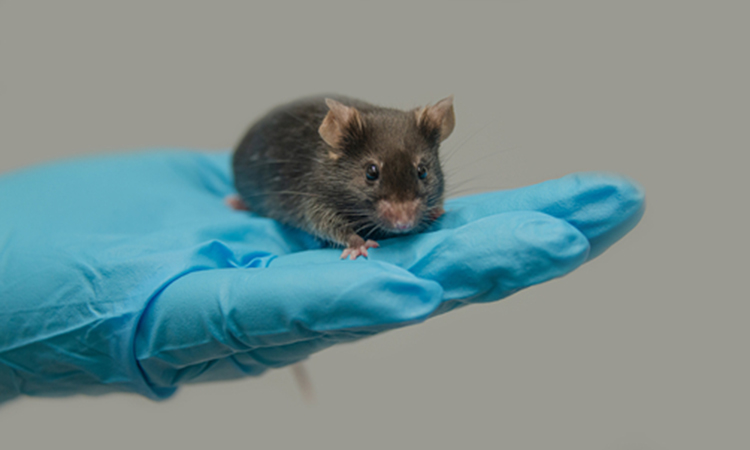 A team of researchers at Washington University School of Medicine in St Louis and Cornell University, both US, have demonstrated that, using a miniscule device, they can implant insulin-secreting cells into diabetic mice. Once implanted, the cells secrete insulin in response to blood sugar, reversing diabetes without requiring drugs to suppress the immune system.

“We can take a person’s skin or fat cells, make them into stem cells and then grow those stem cells into insulin-secreting cells,” said Associate Professor Jeffrey Millman, one of the study’s co-senior investigators from Washington University. “The problem is that in people with type 1 diabetes, the immune system attacks those insulin-secreting cells and destroys them. To deliver those cells as a therapy, we need devices to house cells that secrete insulin in response to blood sugar, while also protecting those cells from the immune response.”

In previous research, Millman developed and honed a method to make induced pluripotent stem cells (iPSCs) and to then grow those stem cells into insulin-secreting beta cells. He previously used those beta cells to reverse diabetes in mice, but it was not clear how the insulin-secreting cells might safely be implanted into people with diabetes.

“The device, which is about the width of a few strands of hair, is microporous – with openings too small for other cells to squeeze into – so the insulin-secreting cells consequently cannot be destroyed by immune cells, which are larger than the openings,” said Millman. “One of challenges in this scenario is to protect the cells inside of the implant without starving them. They still need nutrients and oxygen from the blood to stay alive. With this device, we seem to have made something in what you might call a Goldilocks zone, where the cells could feel just right inside the device and remain healthy and functional, releasing insulin in response to blood sugar levels.” 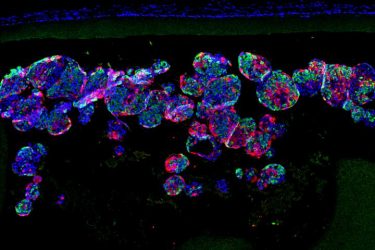 Researchers at Washington University School of Medicine in St Louis and Cornell University have collaborated to implant insulin-secreting beta cells grown from human stem cells into mice with diabetes, to normalise their blood sugar. The cells pictured (in purple) are inside a tiny implant that is porous enough to allow these cells to secrete insulin – yet small enough to prevent immune cells from accessing and destroying them [credit: Xi Wang].

Several implants have been tried in recent years, with varying levels of success. For this study, the study’s other co-senior investigator Associate Professor Minglin Ma from Cornell, and his colleagues, developed what they call a nanofibre-integrated cell encapsulation (NICE) device. They filled the implants with insulin-secreting beta cells that had been manufactured from stem cells and then implanted the devices into the abdomens of mice with diabetes.

“The combined structural, mechanical and chemical properties of the device we used kept other cells in the mice from completely isolating the implant and essentially, choking it off and making it ineffective,” Ma said. “The implants floated freely inside the animals and when we removed them after about six months, the insulin-secreting cells inside the implants still were functioning. And importantly, it is a very robust and safe device.”

The cells in the implants continued to secrete insulin and control blood sugar in the mice for up to 200 days. The team found that those cells continued to function despite the fact that the mice were not treated with anything to suppress their immune systems.

“We would rather not have to suppress someone’s immune system with drugs, because that would make the patient vulnerable to infections,” Millman said. “The device we used in these experiments protected the implanted cells from the mice’s immune systems and we believe similar devices could work the same way in people with insulin-dependent diabetes.”