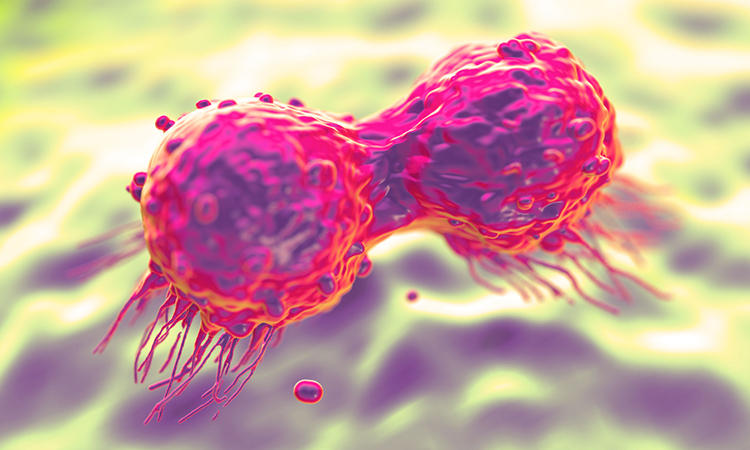 A study conducted by researchers at the Ludwig Center at Harvard University, US, has demonstrated how a drug screening method known as dynamic BH3 profiling can be used to quickly identify potentially effective combinations of existing drugs for personalised cancer therapy.

“We know that cancer cells and healthy cells have different metabolisms,” said Anthony Letai, one of the lead researchers on the study. “Using BH3 profiling, we found a specific metabolic dependency in triple negative breast cancer (TNBC) cells obtained from a patient that we could target with an existing drug, making the cells more susceptible to death and priming them for a second targeted drug that could then trigger their death.”

The researchers also showed that the strategy suppresses growth of TNBC in mice bearing patient-derived tumours. Though tumours often have unique metabolic adaptations on which they depend, specifically targeting those vulnerabilities with drugs has proved challenging.

“We wanted to see which of the drugs known to perturb metabolism would bring the TNBC cells closer to dying, but leave normal cells unaffected,” said former postdoctoral researcher Veerle Daniels, who also led the research. The team reasoned that such cells could then be selectively targeted by existing therapies known as BH3 mimetics to push them over the edge. As the initial priming treatment requires low doses of the drug, this strategy could lower the risk of toxicities that have troubled the development of drugs targeting cancer metabolism.

Therapy often induces a type of programmed death known as apoptosis in cancer cells. Cells, however, also produce anti-death proteins that inhibit key elements of that machinery. Whether a stressed cell dies or survives depends on the balance of pro-death and anti-death proteins and cancer cells tend to produce large quantities of the latter to escape apoptosis and resist therapy.

BH3 mimetics inhibit anti-death proteins, tipping the balance in favour of cell suicide. Dynamic BH3 profiling (DBP), developed in Letai’s laboratory, measures that same balance of pro-death and anti-death proteins to gauge how primed a patient’s tumour cells are for apoptosis following exposure to a drug. It thus represents a potentially rapid and unbiased method for screening hundreds of drugs at a time to find those most likely to treat a given patient’s tumours.

The researchers used DBP to examine a library of 192 compounds that perturb metabolism for their effects on normal and TNBC cells. Eight disrupted cancer cell metabolism but left normal cells unperturbed.

Two of these drugs target an enzyme known as NAMPT, which participates in one of three biochemical pathways that produce NAD+, a molecule of critical importance to metabolism. Some sensitive TNBC cell lines, the researchers showed, were dependent on the pathway involving NAMPT. They also ran a DBP screen to find out which specific anti-death proteins the TNBC cells depended on for survival following NAMPT inhibition. They used this information to identify the most effective BH3 mimetic drug to use in combination with NAMPT inhibitors.

“What we have shown overall is that we can use DBP to find metabolic regulators of apoptotic priming and specific anti-apoptotic dependencies in tumours and so identify powerful combinations of metabolic compounds and BH3 mimetics for therapy,” said Daniels.

Letai’s laboratory is using DBP to methodically identify other drug combinations for the treatment of a variety of cancers. As it is a functional drug screen – examining only whether a given drug primes cancer cells for death – DBP does not require prior knowledge of a cancer’s inner workings or genetic aberrations.

“We do not have to be limited to drug targets that are identifiable only by genetic mutations, which are only a tiny fraction of the true targets out there in the cancer world,” said Letai.

The study is published in Science Signaling.