US researchers used an AAV9 vector to edit a single base mutation in a prenatal mouse model, halting progression of Hurler syndrome. 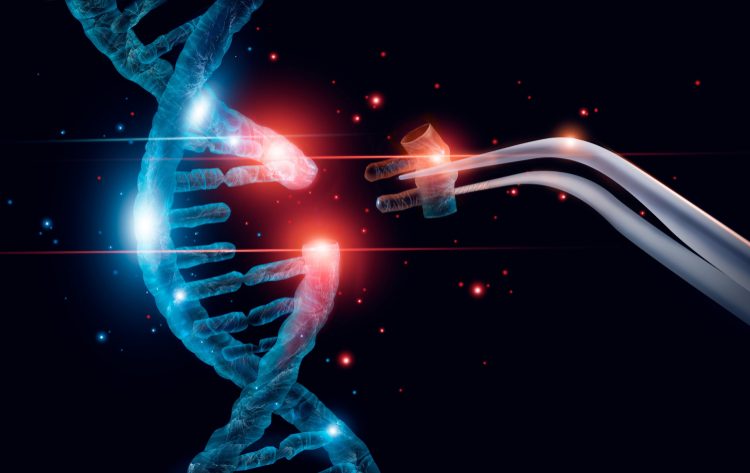 Researchers at the Children’s Hospital of Philadelphia (CHOP), US, have used DNA base editing in a prenatal mouse model to correct a lysosomal storage disease known as Hurler syndrome. The disease, also known as Mucopolysaccharidosis Type I (MPS-IH), begins before birth and affect multiple organs, with the potential to cause death in childhood if untreated. Using an adenine base editor delivered in an adeno-associated viral vector (AAV), the researchers corrected the single base mutation responsible for the disease.

The research team used CRISPR based editing to convert mutated adenine to guanine in a MPS-IH mouse model. They then used an AAV serotype 9 (AAV9) vector to deliver the base editor to a foetal mouse model. They found that prenatally treated mice demonstrated increased survival and improvement of metabolic, skeletal and cardiac disease. Notably, the team observed corrected cells not only in the liver but also in the heart, thereby demonstrating the treatment was effective in multiple organs.

To assess the feasibility of the treatment after birth, the team tested the approach in 10-week-old MPS-IH mice and discovered efficient on-target editing in the heart and liver, implying cardiac improvement. While control models with the disease displayed cardiac decline between four and six months, sometimes resulting in death, postnatally treated mice demonstrated cardiac disease at four months, however the progression slowed between four to six months. Similar to the treated prenatal mice, none of the mice treated after birth died by the end of the study.

“Given the prenatal onset of disease, the potential for non-invasive prenatal diagnosis, and the progressive and morbid nature of the disease, Hurler syndrome and other lysosomal storage represent attractive targets for treatment before birth,” Peranteau continued. “Although the safety of these approaches for mothers and foetuses still needs to be rigorously characterised prior to clinical translation, this proof-of-concept study offers hope for genetic diseases with limited postnatal treatments.”