Controlling HSP27 “switch” could be key to sepsis therapeutics 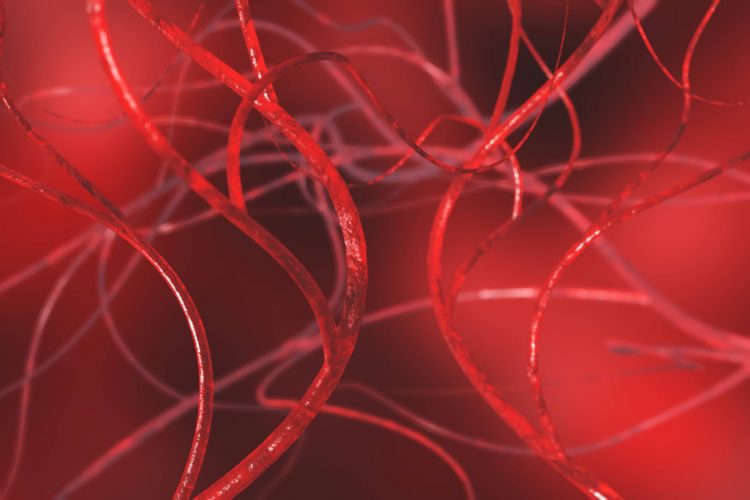 Researchers at the University of California (UC) San Diego have discovered that a protein called HSP27 plays a role in regulating blood vessel leakage. The findings provide new potential targets for the development of drugs that shore up blood vessel barriers, preventing fluid loss. 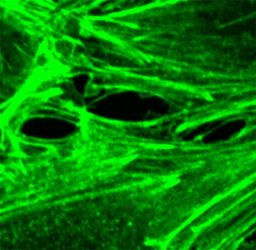 This image, taken by confocal microscopy, shows a blood vessel. The protein actin, which helps make up the skeleton of a cell, is labelled in green. Thrombin, a pro-inflammatory mediator, causes gaps between blood vessel barrier cells. When the immune system is over-activated, as occurs in sepsis, blood vessels can become leaky and major organs cannot get the oxygen and nutrients they require to sustain life [credit: UC San Diego Health Sciences].

Senior author JoAnn Trejo has previously studied G protein-coupled receptors (GPCRs), proteins that are embedded in cell membranes throughout the body where they act as signal transducers, allowing cells to respond to their external environments. In their latest study, the team found that during inflammation, GPCRs tell kinases to add phosphate tags to HSP27. The tags perturb HSP27’s structure in a way that disrupts blood vessel barriers. When HSP27 reassembles, the barriers recover. The researchers validated their lab studies in mice, where they found that inhibiting HSP27 increases blood vessel leakage.

According to the researchers, one challenge in targeting GPCRs to treat a disease is the fact that most act as master regulators, influencing several different cell functions. Inhibiting one GPCR may have many unintended consequences. By focusing further downstream, aiming not at the master GPCR but at individual targets upon which it acts such as HSP27, Trejo’s team is hoping to enable the development of blood vessel barrier-stabilising drugs that are more precise and have fewer negative side effects.

“It has become apparent that you can develop different molecules that can bind to receptor and ‘bias’ them – make them signal in a very specific way to some pathways but not others,” explained Trejo. “It is what we call biased agonism and it is a huge advantage for drug development. It means we can develop not just an on/off switch, but a drug that can switch a receptor ‘off’ or eight different types of ‘on.’ We want to be able to tweak which pathways are on and not touch others.”

The study was published in Science Signaling.