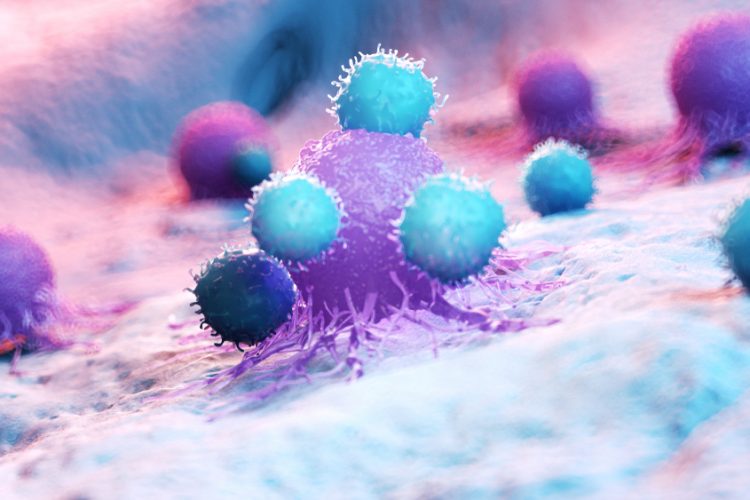 A new study from scientists at the University of California Los Angeles (UCLA), US, found that emerging drugs that activate the protein STING, a well-established regulator of immune cell activation, substantially alter the activity of metabolic pathways responsible for generating the nucleotide building blocks for DNA.

These alterations occur in cancer cells and can be visualised using [18F]FLT positron emission tomography (PET) imaging, marking the first time the effects of these drugs have been traced using a non-invasive imaging technique. Understanding how STING agonists impact metabolic processes can help accelerate the clinical development of STING activating drugs in various therapeutic settings and guide the design of novel biomarkers and combination therapies.

Activation of the protein STING has previously emerged as a promising immunotherapeutic strategy in cancer and multiple STING activating drugs are currently being studied for their ability to stimulate anticancer immune responses. While activators of STING are in development and being tested in clinical trials, the impact the drugs have on metabolic processes is still poorly understood. Until now, there has not been an effective way to detect any alterations in metabolic activity caused by STING activating drugs. Researchers have therefore been seeking a non-invasive way to trace the effects of these drugs so they can better guide drug development.

In this new study, the team utilised and integrated RNAseq transcriptomics and mass spectrometry metabolomics to systematically identify metabolic alterations triggered by interferon in pancreas cancer cells. These orthogonal analyses pinpointed nucleotide metabolism a being significantly altered. Additional experiments confirmed that these metabolic effects can be visualised using [18F]FLT PET, a technique that enables the detection of a specific aspect of nucleotide metabolism in cells.

According to the team, the study provides evidence that STING activating drugs have very potent effects on the activity of metabolic pathways in pancreas cancer cells. The observation that STING activation can be monitored non-invasively using [18F]FLT PET provides researchers and physicians with a new tool to track the duration and localisation of the effects of STING agonists. Moreover, this information could be used to fine-tune and customise treatments to help more people with cancers and other diseases where STING activation may be beneficial.

Molecular insights into LSCC may lead to new drug targets