New AI technology could shape the future of RNA therapeutics

Artificial intelligence was shown to predict the 3D shapes of RNA molecules, which could significantly advance RNA therapeutics. 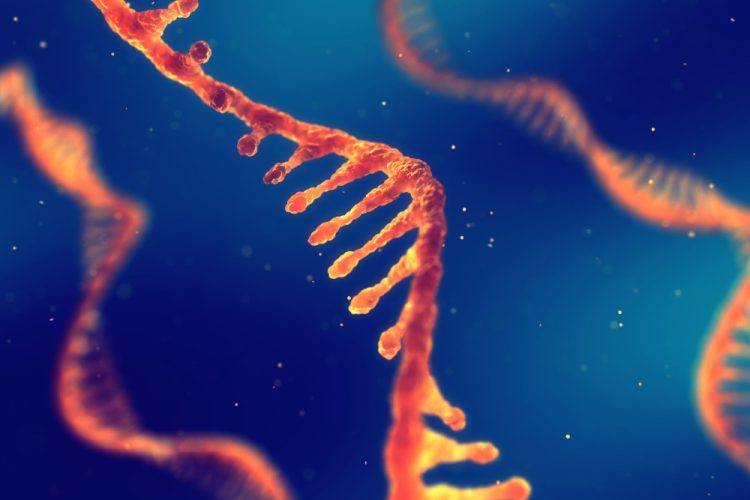 Researchers at Stanford University, US, have demonstrated that a computer can predict the three-dimensional (3D) shapes of RNA molecules, including the mRNA that codes for proteins and the non-coding RNA that performs a range of cellular functions. According to the team, this research signifies a significant advancement of RNA therapeutics.

In this study, the team used a machine learning approach known as deep learning, inspired by how the brain’s neural networks process information. In deep learning, computers look for patterns in data. As they begin to “see” complex relationships, some connections in the network are strengthened while others are weakened.

Using this technique, the researchers designed a neural network they called Atomic Rotationally Equivariant Scorer (ARES). They trained ARES on just 18 small RNA molecules for which structures had been experimentally determined. They gave ARES these structural models specified only by their atomic structure and chemical elements.

The next test was to see if ARES could determine from this small training set the best structural model for RNA sequences it had never seen before. The researchers put it to the test with RNA molecules whose structures had been determined more recently and gave ARES a sequence and at least 1,500 possible 3D structures it might take, all generated using another computer programme. Based on patterns in the training set, ARES scores each of the possible structures to find the one it predicts is closest to the actual structure. Remarkably, it does this without being provided any prior information about features important for determining RNA shapes, such as nucleotides, steric constraints and hydrogen bonds.

ARES consistently outperformed humans and all other previous methods to produce the best results. It also outperformed at least nine other methods to come out on top in a community-wide RNA-puzzles contest. It also can make predictions about RNA molecules that are significantly larger and more complex than those upon which it was trained.

The success of ARES and this deep learning approach will help to elucidate RNA molecules with potentially important implications for health and disease, the team claimed. While RNA therapeutics has already benefited millions of people, these findings will help to accelerate understanding these critical molecules and expand their healthcare uses.