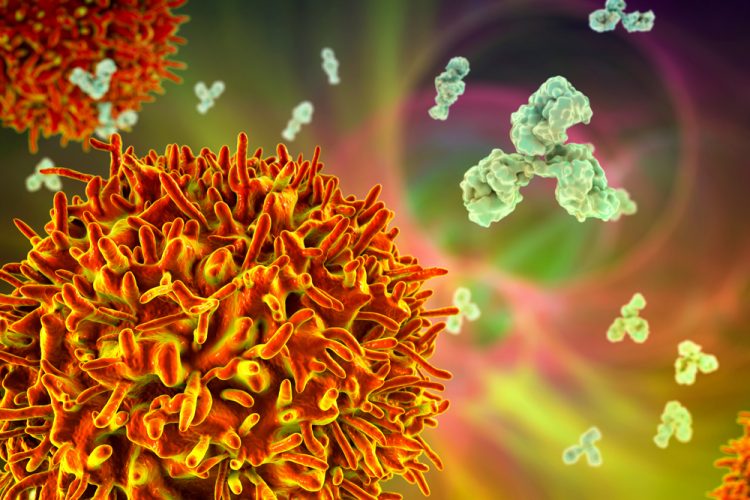 Researchers at the National Eye Institute (NEI), US, have identified, isolated, and characterised a unique population of B cells that tamps down the immune system. Infusions of purified IL-27 regulatory B cells (I27-Breg ) reduced symptoms in mouse models of multiple sclerosis (MS) and the eye disease autoimmune uveitis, suggesting that the cells may play a role in future human therapies.

Current therapies for uveitis include corticosteroids; however, prolonged use of these drugs risks other eye problems such as optic neuropathy andsteroid-induced glaucoma. Regulatory B cells (Bregs) are a newly designated B-cell subset that plays a pivotal role in regulating inflammation, autoimmunity, and cancer.

In 2014, the team reported the discovery of another anti-inflammatory Breg that releases IL-35. They showed that i35-Bregs suppress central nervous system (CNS) autoimmune disease by inducing expansion of IL-10 Bregs. Paired with 2007 findings, in which they showed that IL-27 increases IL-27 expression by retinal cells in response to inflammation and that IL-27 and IL-35 are structurally and functionally similar, researcher Dr Charles Egwuagu posited the existence of an IL-27-secreting B-cell population.

The team used a variety of assays to demonstrate the existence of IL-27-producing regulatory B cells  (i27-Bregs) in the peritoneal cavity of mice. Further analyses showed that upon encounter with innate immune stimuli, the cells lose their ability to produce natural IgM antibodies and differentiate into IL-27-producing B-1a cells. They then migrate from the peritoneal cavity to secondary lymphoid tissues such as the spleen. The researchers also found a significant amount of i27-Bregs in human umbilical cord blood.

The researchers subsequently examined whether i27-Breg immunotherapy would be effective in suppressing autoimmune uveitis or a MS-like disease in mice. Infusion of purified i27-Breg  ameliorated uveitis and MS through up-regulation of inhibitory receptors (Lag3, PD-1), suppression of T-cell (Th17/Th1) responses, and propagation of inhibitory signals that converted conventional B cells to regulatory lymphocytes that secrete IL-10 and/or IL-35 in eye, brain, and spinal cord.

Additionally, the team found that i27-Bregs proliferate in vivo and sustain IL-27 secretion in the central nervous system (CNS) and lymphoid tissues, a therapeutic advantage over administering IL-10 or IL-35 biologics, which are rapidly cleared in the body. i27-Breg  infusions into mice lacking the IL-27 receptor failed to attenuate disease symptoms, demonstrating that IL-27 is necessary for successful treatment. i27-Bregs are neither antigen-specific or disease-specific, suggesting that they would be effective immunotherapy for a wide spectrum of autoimmune diseases. The full results are detailed in PNAS.

“Whereas i35-Breg and i27-Breg have similar functions, i27-Breg  may have greater therapeutic potential,” explained first author Dr Jin Kyeong Choi. “i27-Breg  can proliferate after they are injected, unlike i35-Bregs, which stop dividing when mature. In addition, i27-Breg  more quickly respond to autoimmune disease.”

The researchers are currently exploring the use of exosomes as a potential vector for delivering lab-grown IL-27 into the body. Such an approach would be less technically challenging than generating i27-Breg cells in the lab.