A new microfluidic technology has been developed by researchers, which utilises magnetic ferrobots to automate chemical analyses and assays. 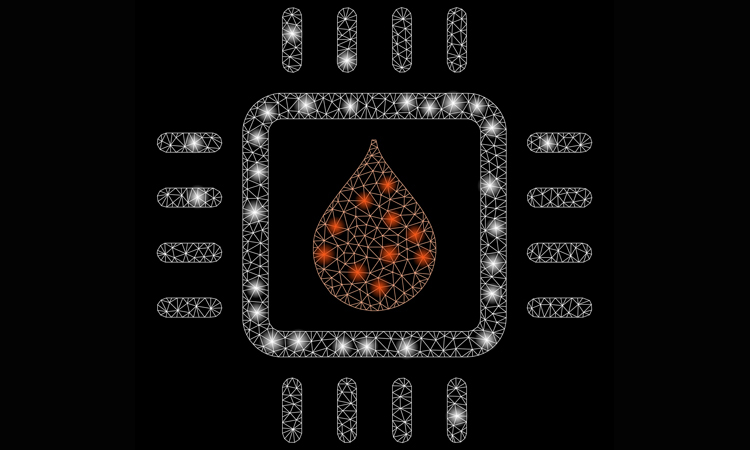 Researchers have created a reusable microfluidic platform to autonomously conduct a wide variety of chemical experiments and assays. According to the scientists, no pipetting, vortexing or extra human effort is required. The research team calls their technology ‘ferrobots’ because they are powered by magnetism.

Conducted at the University of California LA (UCLA), US, the engineers developed their ferrobot system to help expedite, automate and streamline medical diagnostics, drug development and chemical synthesis technologies that can move and manipulate tiny drops of fluid.

In conventional microfluidic systems, liquid samples follow predefined fluid-channelling pathways that limit the range of procedures a system can execute. Digital microfluidic actuation techniques have emerged to address this constraint, enabling discrete droplets to travel in any direction in a programmable fashion across a completely open surface. However, these devices often wear out after several uses and can be incompatible with added components, narrowing their potential applications. 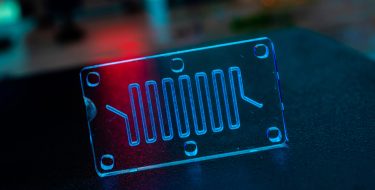 “These fields have traditionally used refrigerator-sized ‘liquid-handling’ robots. Using our much smaller ferrobots, we have the potential to do a lot more experiments – and generate significantly more data – with the same starting materials and in the same amount of time… The most closely-related microfluidic technology, electrowetting-on-dielectric (EWOD) devices were developed to transport microfluidic droplets using static arrays of electrodes. However, because such devices rely on direct interaction between the solution and the electrified surface, the devices had poor service life, were incompatible with operations that we demonstrate, like filtration in three dimensions (3D) and in some cases led to toxicity of biological samples,” said study co-corresponding and senior author Dino Di Carlo, UCLA’s Armond and Elena Hairapetian Professor in Engineering and Medicine, when speaking to Drug Target Review.

The scientists say that the inspiration for their design came from the transformational impact of networked mobile robot systems on manufacturing, storage and distribution industries, such as those that sort and transport packages in warehouses. Thus, they set out to implement the same level of automation and mobility in a microfluidic setting.

The ferrobots the researchers designed are disc-shaped magnets approximately 2mm in diameter, designed to work together when moving and manipulating droplets of fluid with precision. For example, the system can separate one large droplet of fluid into smaller drops that are equal in volume for consistent testing. It can also move droplets into pre-loaded testing trays to check for signs of disease.

The researchers say the ferrobots can be programmed to perform massively parallelised and sequential fluidic operations at small-length scales in a collaborative manner. To control their motion, electromagnetic tiles in the chip pull the ferrobots along desired paths, much like using magnets to move metal chess pieces from underneath a chess board, pulling the magnetic cargo-carrying fluid droplets along with them.

Sam Emaminejad, an assistant professor of electrical and computer engineering and the study’s corresponding senior author said: “Our technological breakthrough was in realising we can electronically control small permanent magnets with electromagnetic coils, thereby amplifying electromagnetic fields and forces orders of magnitude to drive motion of magnetic droplets. Specifically, the amplification of electromagnetic field is achieved by utilising intermediary miniature permanent magnets to act on the fluid droplets. To achieve mobility and automation, these magnets were interfaced with a grid of addressable electromagnetic coils. By elaborate switching of the coils, the desired path for each of the ferrobots could be defined. Importantly, we also identified a biocompatible ‘ferrofluid’ which was sufficiently magnetic to be driven by the ferrobots, but also compatible with enzymatic and other biological assays.”

The open navigation floor of the testing chip is index card-sized and was designed by the researchers with internal structures that help manipulate fluid droplets transported by the robots. 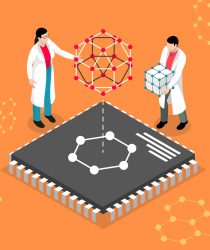 In an experiment, the researchers showed that an automated network of three robots could work in concert to move and manipulate droplets of human plasma samples on the chip to quantify human matrix metallopeptidase markers that would indicate the presence of cancer. The robots moved at 10cm per second and performed more than 10,000 cyclic motions during a 24-hour period in the experiments.

The team highlight that in addition to transportation, other functions such as dispensing, merging and filtering of fluid samples were demonstrated as ferrobots interacted with structures on the chip. The researchers also say their system can be scaled up by simply using a larger navigation floor and expanding the electromagnetic control system.

“Automation has been an integral part of the biotech industry and large biotech and pharma companies are already using liquid handling robotic technologies capable of performing tens of thousands of fluidic operations (eg, those used in the context of drug discovery). But such technologies are bulky (the size of an industry-grade refrigerator), are extremely expensive, require large overheads (eg, in terms of maintenance) and can perform very limited kinds of operations – mostly confined to pipetting. Also, the limitations severely constrain the accessibility of such tools and prospects for the generation of large datasets that are crucial for future discoveries. Unlike liquid handling robotic technologies, our ‘robots-on-a-chip’ technology is inherently accessible and can democratise drug discovery and development. So, our technology can be potentially adopted to do a lot more experiments – and generate significantly more data – with the same starting materials and in the same amount of time,” explained Di Carlo.

Emaminejad concluded: “From the big picture perspective, automation leads to progress, because it enables intelligence through generation of knowledge (ie, data) at a previously unattainable pace. This is specifically important when we are aiming to create tools dealing with extremely complex biological systems that have evolved over millions of years. Also, by design, our technology is versatile, scalable, reconfigurable and low-cost, which means that a substantially larger number of scientists (including resource-constrained ones) can adopt it for their intended applications. In that sense, both the level of automation that our technology offers and its accessibility can be exploited to accelerate the generation of biologically relevant large datasets, which is key to unravelling biological systems and future discoveries in various domains, including diagnostics and therapeutics.”

The study was published in Science Robotics.