In this article Maria Bernabeu, Group Leader at EMBL, Barcelona, discusses why it is important to research and develop novel therapeutics for cerebral malaria and how her research group intends to develop a 3D blood-brain barrier model for this purpose. 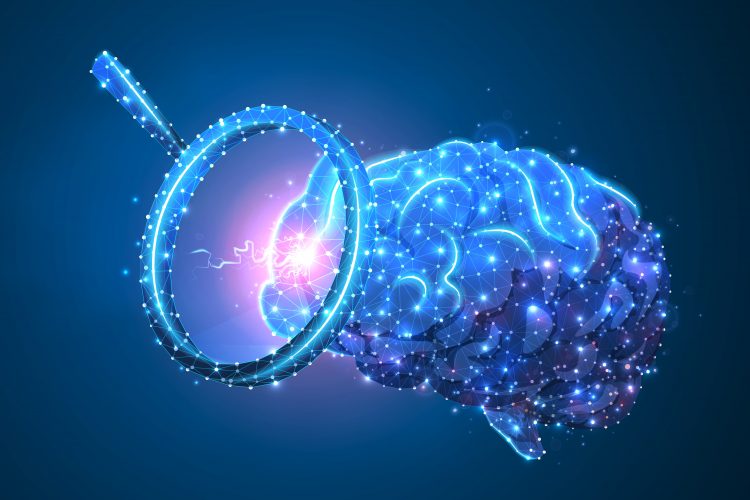 Maria Bernabeu’s research group at the European Molecular Biology Laboratory (EMBL) in Barcelona was recently awarded a €1.5 million grant by the European Research Council (ERC) to develop a three-dimensional (3D) model of the blood-brain barrier. In this article, Drug Target Review’s Hannah Balfour discusses the design of the model and how it will enable researchers to better understand cerebral malaria and develop novel therapeutics for the condition with Maria Bernabeu, the EMBL Group Leader.

“Cerebral malaria is a potentially fatal complication of infection by the Plasmodium falciparum parasite. It is responsible for 400,000 deaths each year in Sub-Saharan Africa, most of which are paediatric patients under the age of five,” said Bernabeu. “Cerebral malaria is characterised by loss of consciousness (coma) and seizures. In the severest cases, massive brain swelling compresses the brain stem and stops the patient breathing.”

Cerebral malaria can only be treated by artemisin-derived antimalarials. While these can be effective if patients receive them quickly (within 24 hours of infection), Bernabeu commented that approximately 20 percent of treated patients still die because the antimalarials alone are insufficient to reverse the brain swelling. Although there is currently no resistance to antimalarials in Africa, this could potentially become a big concern in future.

Disruptions in the blood-brain barrier have been associated with a variety of diseases, from stroke, neurodegeneration and epilepsy to bacterial sepsis, haemorrhagic fevers and malaria”

As a result, there is a need to develop novel therapeutics, or devise regimens with currently available treatments, to help combat cerebral malaria. Yet Bernabeu said that so far, research and drug development for cerebral malaria has been hampered by two main factors: limited access to neuroimaging in countries affected by malaria and the lack of models that accurately recapitulate human disease pathology.

“The first obstacle is that this complication affects the brain, which is essentially a black box in malaria endemic countries were neuroimaging is not available. This has stopped us from establishing what is going on in the brains of patients with cerebral malaria. Luckily, in the last few years some malaria research sites in Africa have gained access to magnetic resonance imaging (MRI), so this is slowly changing.

“The other reason we do not completely understand cerebral malaria is the lack of good malaria models. In other animals, such as rodents, the pathology of malaria is very different. When we have performed autopsy studies on deceased cerebral malaria patients, the microvessels of their brains are packed with infected red blood cells that seem to accumulate there. This pathology is not seen in murine models and therefore they are not an accurate representation of the course of human Plasmodium falciparum infection.

“We want to build a 3D blood-brain barrier tissue model so we have an accurate system in which we can study the progression of disease, not just how it looks at the point of autopsy and accurately mimic disease progression and mechanistic insights of what happens in the human brain.”

About the blood-brain barrier

To function correctly, structures in the central nervous system require a highly stable environment. The importance of the brain in many other bodily functions also requires that it is protected from the pathogens and other, potentially damaging, agents and cells circulating in the blood. The blood-brain barrier is the physical structure separating the brain parenchyma from the general circulation.

and blood, maintaining homeostasis in the brain without allowing the circulation to enter the tissue. Astrocytes, pericytes and microglia also surround the endothelial cells to protect the brain from potential pathogens. (Figure 1 shows the structure and function of the blood-brain barrier.)

Disruptions in the blood-brain barrier have been associated with a variety of diseases, from stroke, neurodegeneration and epilepsy to bacterial sepsis, haemorrhagic fevers and malaria. It is thought that in these conditions the barrier becomes leaky, potentially allowing pro-inflammatory factors and cells from the circulation into the brain tissue where they can cause damage. 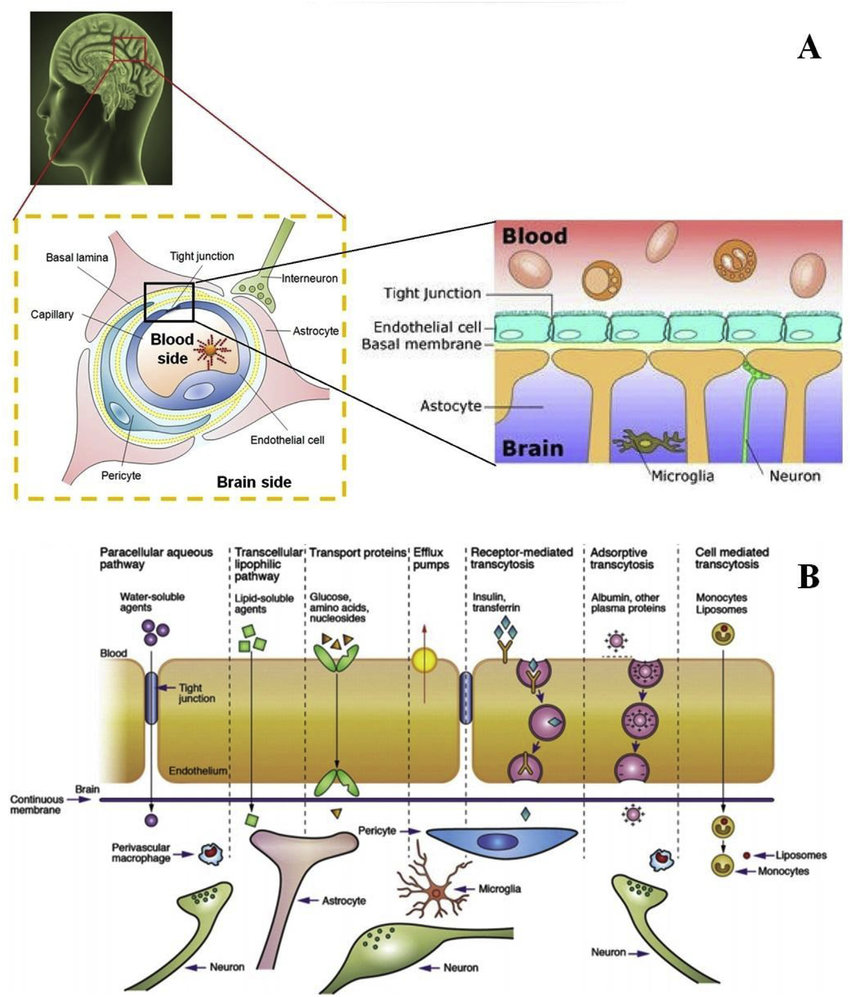 The 3D model of the blood-brain barrier will not be the first recreation of an in vivo system that the team has built – they previously took advantage of developments in bioengineering to build a model of microvasculature comprised of only endothelial cells. To create this model Bernabeu said they used soft lithography to shape collagen hydrogels into a microfluidic network.2 Once established, the team seeded the collagen matrix with endothelial cells that grew to form living blood vessels. 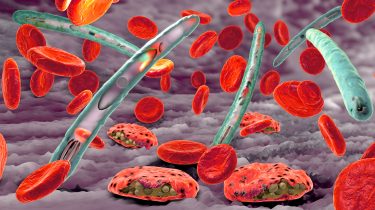 In studies with this endothelial cell-only model, the team perfused the vessels with Plasmodium falciparum-infected red blood cells (iRBCs) and explored what causes infected cells to aggregate in the microvasculature. Bernabeu said they sought to identify endothelial cell receptors that the parasite may interact with to infect cells that they could later inhibit, either by targeting the parasite or the receptors on the surface of infectable cells. In these experiments they found P. falciparum erythrocyte membrane protein 1 (PfEMP1) in the surface of the iRBC is essential for  binding to the microvasculature;3 the expression of two endothelial cell surface proteins were important for iRBC accumulation: endothelial protein C receptor (EPCR) and intercellular adhesion molecule 1 (ICAM-1).4 Notably, severe and cerebral malaria patients present higher expression of transcripts that encode for EPCR and ICAM-1. She added that future studies will try to understand whether blockade of these receptors in the brain is more pathogenic than in other organs.

Bernabeu explained that the blood-brain barrier model will be based on the same shaped collagen matrix design, but that for this new model the researchers would also seed the collagen matrix with other cell types – such as astrocytes and pericytes – to closely recreate the in vivo tissue. “The goal here is to have a model that mimics human blood barrier properties, ie, it is not leaky and is very selective on what is transported across it. Into this model we want to infuse P. falciparum-iRBCs to try to understand what their effect is on the blood-brain barrier. Additionally, we want to add neutrophils, platelets and plasma from patients with malaria to see if the human inflammatory response may be disrupting the function of the barrier.”

If the blood-brain barrier becomes leaky in the presence of parasites, iRBCs or factors driving an inflammatory immune response, Bernabeu said that the team would use transcriptomics to identify which pathways are dysregulated and therefore may be implicated in such a change, so targeted therapies can be developed to prevent the pathology.

She added that the ideal outcome of these experiments would be to identify adjunctive therapies that could be administered alongside antimalarials to improve patient outcomes and allow doctors more time to stabilise patients.

Other applications of a blood-brain barrier model

While the team is primarily focusing on malaria, Bernabeu suggested that the blood-brain barrier model could be extended to other infectious diseases where patients exhibit some brain pathologies, such as COVID-19, or used to study neurodegenerative diseases with known barrier disruption and/or vascular abnormalities, like Alzheimer’s or Parkinson’s disease. “One application of the model for neurodegeneration could be establishing whether the vascular pathologies are a consequence or a cause of these diseases, potentially by using induced pluripotent stem cells derived from patients to create the model,” she concluded.

Maria Bernabeu, PhD became a Group leader at EMBL, Barcelona in October 2019. Prior to this she worked as a postdoctoral research at the Center for Infectious Disease Research and Seattle Children’s Research Institute, US.  Her research group aims to understand the mechanisms that lead to neurovascular dysfunction in cerebral malaria by developing in vitro models of the human blood-brain barrier.