Discover the latest in SARS-CoV-2 antibody research as we cover three of the most recent developments in this article. 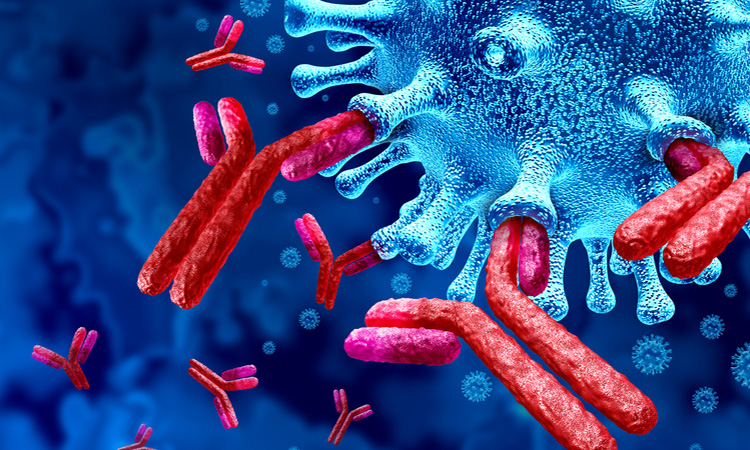 Virus neutralising antibodies are an important line of defence against SARS-CoV-2, the virus causing the COVID-19 pandemic. They are being investigated as a therapeutic option for individuals with mild or severe infections, but also as a prevention or prophylaxis in non-infected people with a high risk of infection or at risk of serious outcomes.

This has led to a several new advancements, with scientists lending their efforts towards researching these potential COVID-19 therapeutics. Here, we discuss three of the latest SARS-CoV-2 antibody developments:

Researchers at the Rheinische Friedrich-Wilhelms-Universität Bonn, Germany, have developed nanobodies – antibody fragments – that are effective at neutralising SARS-CoV-2 in cell cultures. Their results were published in the journal Science.

“We first injected a surface protein of the coronavirus into an alpaca and a llama,” said Dr Florian Schmidt, who leads a group in this field of research at the University of Bonn’s Institute of Innate Immunity. “Their immune system then produces mainly antibodies directed against this virus. In addition to complex normal antibodies, llamas and alpacas also produce a simpler antibody variant that can serve as the basis for nanobodies.” 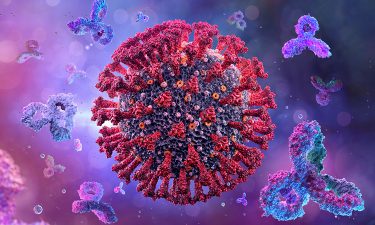 A few weeks later, the researchers took a blood sample from the animals, from which they extracted the genetic information of produced antibodies. This library contained millions of different protein building instructions. The researchers extracted those that recognised the Spike (S) protein, which SARS-CoV-2 uses to infect human cells.

They obtained dozens of nanobodies, which were then analysed further. Four molecules proved to be effective against the pathogen in cell cultures.

“Using X-ray structures and electron microscopy analyses, we were able to show how they interact with the S protein of the virus,” explained Dr Paul-Albert König, head of the Core Facility Nanobodies at the Medical Faculty of the University of Bonn and lead author of the study.

The researchers say that the advantage of nanobodies over antibodies is that their simple structure allows straight forward combinations to form molecules that can be several hundred times more effective.

“We have fused two nanobodies that target different parts of the S protein,” said König. “This variant was highly effective in cell culture. Furthermore, we were able to show that this drastically reduces the probability of the virus becoming resistant to the active agent through escape mutations.”

A team has developed a second-generation ‘double antibody’ that protects against SARS-CoV-2 and all its tested variants. It also prevents the virus from mutating to resist the therapy, according to the study published in the pre-print server bioRxiv.

Conducted at the Institute for Research in Biomedicine (IRB) Bellinzona, Switzerland, the study shows that two natural antibodies can be joined into a single artificial molecule called a ‘bispecific antibody’. The researchers say this molecule can target two independent viral sites simultaneously.

“We exploited our knowledge of the molecular structure and biochemical traits of the virus to fuse together two human antibodies, obtaining a single bispecific molecule simultaneously attacking the virus in two independent sites critical for infectivity,” said Luca Varani, group leader at the IRB and author of the scientific work. “Supercomputing simulations allowed us to refine and validate the bispecific antibody design, which was later produced and tested in the laboratory. Although the virus can mutate and escape from the attack of a single first-generation antibody, we have shown that it cannot do so against the double action of the bispecific.”

According to the team, pre-clinical trials showed that this bispecific antibody potently neutralises SARS-CoV-2 and its variants, including the recent UK strain. The bispecific, but not first-generation antibodies, prevent the virus from changing its structure to evade therapy. The high potency makes it an ideal candidate for human clinical trials, with promising activity for both prevention and treatment of COVID-19.

“A single injection of the bispecific antibody provides instantaneous protection against the disease in pre-clinical trials. The antibody effectively reduces viral burden in the lungs and mitigates inflammation typical of COVID-19,” said Daniel Ruzek from the Czech Academy of Sciences who led the antibody pre-clinical testing.

Other strains of coronavirus

Another study has shown that antibodies generated by SARS-CoV-2 react to other strains of coronavirus and vice versa. The study was conducted at Oregon Health & Science University (OHSU), US.

However, the researchers found that antibodies generated by Severe Acute Respiratory Syndrome (SARS) had only limited effectiveness in neutralising the SARS-CoV-2 virus.

“Our finding has some important implications concerning immunity toward different strains of coronavirus infections, especially as these viruses continue to mutate,” said senior author Assistant Professor Fikadu Tafesse, from OHSU School of Medicine. “I do not think there is any one size-fits-all vaccine. Although the vaccines coming out now may break the momentum of the virus and end the pandemic, they may not be the end game.” 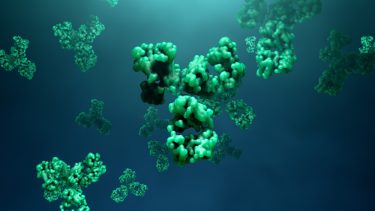 Tafesse noted that the researchers used individual antibody clones to test cross-reactivity and that a body’s normal immune system will generate many antibodies that are more likely to neutralise a wider series of targets on the mutating virus.

According to the researchers, the study also suggests that efforts to accurately discern a previous COVID-19 infection, by analysing antibodies in blood, may be confounded by the presence of antibodies reacting to other strains of coronavirus including the common cold.

The study published in the journal Cell Reports.