Despite the promise of gene therapies, significant challenges have emerged in the field. Dr Carsten Brunn discusses the current obstacles and opportunities when developing gene therapies. 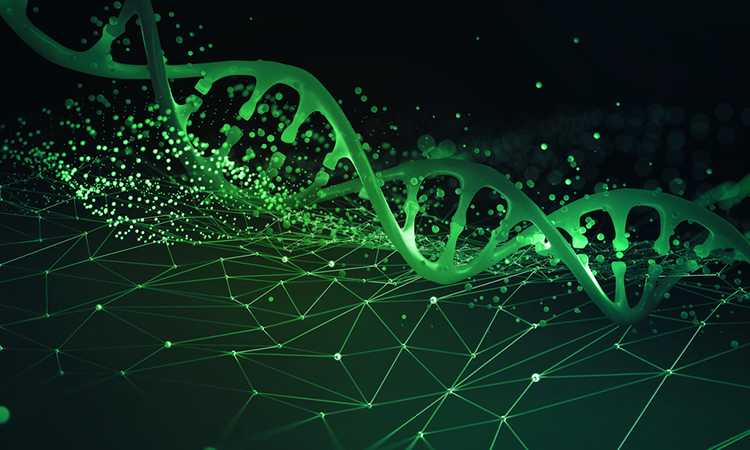 Biologic drugs are one of the latest medical advances that provide more treatment options to patients in need for numerous conditions including diabetes, arthritis, cancer and many rare genetic diseases. These therapies, which are derived from living cells and may include protein, enzyme, antibody, antibody-drug conjugates (ADC), gene and cellular components, are of significant value to healthcare considering their ability to treat a range of different diseases. Most recently, biologics based on cellular and gene therapies have gone from science fiction to true medicines, making it possible to treat disorders where no other treatment options exist for patients.

Despite this promise, these newer drugs come with challenges. Gene therapy has expanded rapidly and there is a new hope and anticipation for the life-changing benefits that these treatments may provide to patients with rare inherited diseases. The US Food and Drug Administration (FDA) approved the first gene therapy to treat a form of blindness in 2017. In 2019, they accepted another gene therapy for spinal muscular atrophy (SMA). Over the last five years, multiple gene therapies have been approved by regulatory agencies around the world and are on the market today. The FDA predicts 10 to 20 annual cell and gene therapy drug approvals by 2025.1 Importantly, the research that has generated these approved therapies has taught us about designing safe and effective vectors, targeting different types of cells and the diseases themselves.2

To introduce a functional or modified gene into patients, a vector is used to deliver the gene. Many vectors have been considered and recently, significant research has been done on using artificial vectors. Most often, the delivery system of choice is an adeno-associated virus (AAV), a type of single stranded DNA virus that has not been found to cause any significant disease in humans. While the use of AAVs has led to a significant step forward in getting life-changing therapies to patients, AAVs are not without safety issues and challenges.

The first of several significant challenges that have emerged for gene therapy has been safety. Ensuring appropriate delivery of the correct replacement gene to the necessary cells without excessive toxicity. Early on in the field, the death of teenager Jesse Gelsinger in 1999 brought research and investment in gene therapy to a near halt for years. Gelsinger died of a severe immune response to an adenovirus vector while he had been enrolled in a clinical trial to treat a liver disease. Due to this tragic incident, the industry shifted into the use of AAV vectors. Though the switch to AAVs has enabled the transfer of correct genes with less toxicity, high doses of AAV vectors have been shown to cause very serious health risks in some cases such as inflammation, liver dysfunction and even death.3 Safety continues to be a concern as just last year, the deaths of three patients receiving gene therapy for myotubular myopathy promptly ended the clinical trial in which they were enrolled.4

A second serious obstacle is the immunogenicity of gene therapies leading many researchers to question the durability of these treatments. All biological drugs are limited by their ability to provoke the body’s defences, reducing their effectiveness. For example, many enzyme therapeutics elicit immune responses when administered to patients5 and this unwanted immunogenicity against a therapeutic antigen can produce anti-drug antibodies (ADAs) that over time may cause therapeutic benefits to decline, induce adverse effects or result in serious clinical consequences.6 As such, new strategies are required to optimise treatment and mitigate immune responses. 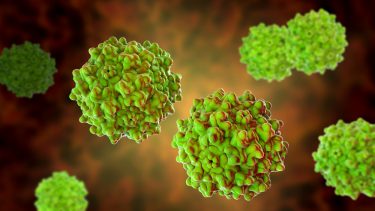 Although the message from gene therapy producers has historically been that these are single dose, curative therapies, this belief has yet to be proven. Since AAV vectors are non-replicating, transgene expression from the treatment may wane over time, either due to loss of the vector or ‘vector dilution’ as a result of cell proliferation during growth or in response to tissue injury or inflammation. This is of the utmost importance to paediatric patients and their families. Many genetic diseases manifest early in childhood and patients can suffer from irreversible damage if the underlying condition is not controlled. Thus, paediatric patients might benefit the most from gene therapy, but unfortunately, may lose the therapeutic benefit as they grow.

These issues are exacerbated by the fact that AAV gene therapy cannot be readministered due to formation of neutralising antibodies (NAbs) against AAVs that occur in response to the initial AAV vector treatment. These NAbs prevent the AAV vector from reaching the target organ and can cause potentially dangerous immune responses that would follow a second or third administration of the gene therapy. If redosing AAV vectors were possible, then one could potentially provide multiple smaller doses of gene therapy to avoid the toxicity associated with high vector doses or restore therapeutic benefit to patients who have lost it. This is a critical problem in the field and new approaches are currently in development that have the potential to address these issues, by enabling the ability to redose these life-saving gene therapies.

While much of the focus thus far in the field has been on the NAbs that are formed in response to the first dose of an AAV, some patients have pre-existing humoral immunity to AAV vectors, which prevents them from receiving any gene therapy treatments. Preliminary research suggests that treatment with immunoglobulin G (IgG) specific proteases may mitigate the effects of deleterious antibodies. However, IgG protease itself is a highly immunogenic enzyme. Future studies and approaches that could resolve both the problem of pre-existing NAbs to AAVs as well as inform new autoimmune treatments are therefore essential to advancing the field.

One technology that has the potential to address these issues is ImmTOR™, a nanoparticle technology designed to provide specific immune tolerance to biologic drugs by targeting a population of immune cells called antigen-presenting cells (APCs). APCs sample antigen in their microenvironment and present fragments to other immune cells, called T cells. The context in which APCs encounter antigen influences the outcome of the immune response. For example, vaccines contain immune stimulating molecules that activate APCs to induce effector T cells which help co-ordinate the production of antibodies. In contrast, ImmTOR nanoparticles carry a small molecule immunomodulator, called rapamycin, that renders the APC to become tolerogenic. These tolerogenic APCs induce a different class of T cells, called regulatory T cells (Tregs).

When combined with AAV gene therapy vectors, ImmTOR demonstrated enhanced transgene expression after the initial dose and mitigated the formation of NAbs to the vector enabling vector redosing in mice and non-human primates. This approach therefore has the potential to enhance durability of gene therapy, allowing for vector redosing and safety, by enabling multiple smaller doses.

Gene therapy holds great promise for treating inherited disorders, cancers and other diseases. This is an exciting time, but much remains to be done to address the current hurdles associated with safety and durability to expand the field. Overall, mitigating safety concerns and unwanted immunogenicity can amplify the efficacy of many biologic therapies and unlock the full potential of such treatments to improve the lives of those who suffer from serious and debilitating diseases.

Dr Carsten Brunn has served as the president and chief executive officer of Selecta Biosciences since December of 2018. Prior to this, Carsten was the President of Pharmaceuticals for the Americas Region at Bayer and a member of the Global Pharmaceutical Executive Committee. Before this, he was the President of Bayer Pharmaceuticals in Japan, a role he held since 2013. Carsten graduated from the University of Freiburg in Germany with a Master of Science in pharmaceutical sciences. He received his PhD in chemistry from the University of Hamburg, Germany, and completed his executive education at London Business School. 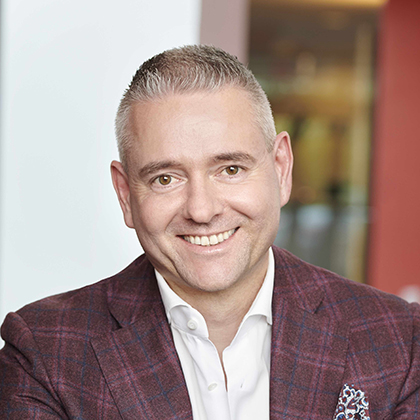 US Food and Drug Administration (FDA)