In this article, Dr Jim Burns discusses promising pre-clinical results of how a new platform could treat the root cause of many devastating genetic diseases including myotonic dystrophy type 1. 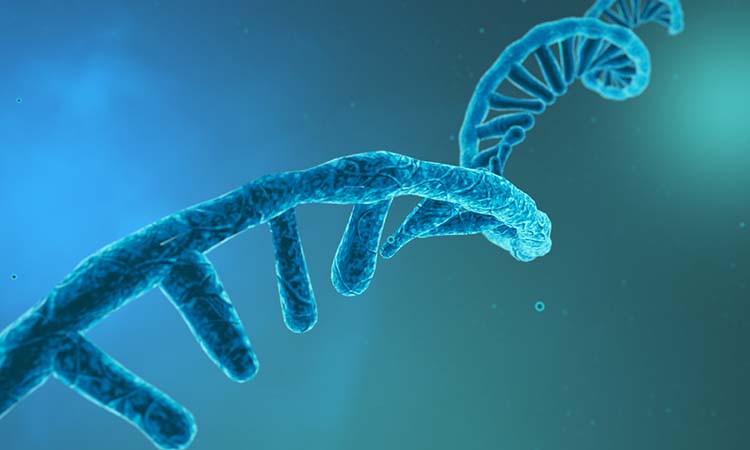 In recent decades, therapeutic strategies for treating genetic diseases have dramatically shifted – from a focus on monoclonal antibodies (mAbs) to gene therapy, to using antisense oligonucleotides (ASOs) and small interfering RNAs (siRNAs) to target RNA, to using gene editing platforms such as CRISPR to target DNA. With each technology advancement and clinical success, researchers are gaining a better understanding of how to leverage genetic engineering tools to best treat a range of genetic diseases. Each promising therapeutic approach could play an important role in addressing areas of significant unmet need in global health. Research in RNA targeting and gene therapy is being furthered by pioneering a new approach to genetic medicines that may make a difference for patients in the years ahead.

Locanabio’s CORRECTx™ platform enables the development of modular RNA-binding protein systems that can precisely target and modify dysfunctional messenger RNA (mRNA) that causes many genetic diseases. The CORRECTx RNA-binding systems are comprised of an RNA-targeting protein, which targets a specific mRNA sequence and an RNA-modifying effector domain when needed, disrupting or modifying the dysfunctional RNA related to a given genetic disease, along with other regulatory elements to ensure proper tissue expression. These components are packaged into an adeno-associated virus (AAV) gene therapy vector to efficiently target disease-causing mRNA across multiple mechanisms of action. In addition to the systems that destroy dysfunctional RNA, other RNA-binding systems in the platform are engineered to affect RNA splicing, translational enhancement, RNA editing or even conduct gene replacement. This range of optional RNA-modifying effector domains offers significant flexibility to potentially address a broad range of genetic diseases.

The idea and early work to use RNA-binding proteins for genetic diseases originated from research conducted by Dr Gene Yeo at the University of California, San Diego (UCSD), US. Yeo also recognised that gene therapy could be used to deliver RNA-binding proteins to cells and was the first to show that a CRISPR-Cas9 based system, which was already well established for gene editing, could be engineered to bind to RNA instead of DNA in human cells. This new approach, called RNA directed Cas9 (RCas9), was first applied as a possible treatment of the rare genetic disease myotonic dystrophy type 1 (DM1).

Myotonic dystrophy or Steinert disease is an autosomal dominant genetic disorder and the most common form of adult-onset muscular dystrophy. It is a multisystemic disease that affects skeletal muscle, cardiac muscle, the gastrointestinal tract and the central nervous system (CNS). Patients exhibit an inability to relax muscles, termed myotonia (which is the hallmark phenotype of disease), along with muscle atrophy, weakness, excessive daytime sleepiness and cataracts, among other symptoms. The incidence of myotonic dystrophy has historically been estimated at one in 8,000 individuals worldwide or approximately 40,000 people in the US, although more recent studies indicate the incidence may be much higher.

DM1 is caused by a mutation in the dystrophia myotonica protein kinase (DMPK) gene. This mutation occurs in the non-coding 3’ untranslated region of the gene and leads to a repeat expansion of the cytosine-thymine-guanine (CTG) trinucleotide. The expanded CTG is transcribed into cytosine-uracil-guanine (CUG) repeats in the DMPK mRNA that form nuclear RNA foci and sequester muscleblind-like (MBNL) splicing factor proteins, thereby leading to toxicity. The new systems, delivered via an AAV vector, bind to these toxic CUG repeats and cleave them, releasing MBNL proteins that become free to carry out their normal functions. Free MBNL proteins can correctly regulate alternative splicing of its targets, such as the protein coding gene CLCN1, which allows for proper muscle relaxation and disappearance of the hallmark DM1 phenotype myotonia. CORRECTx RNA-binding systems also preferentially target the expanded CUG RNA allowing for near-normal levels of non-mutated DMPK mRNA and protein.

Promising results from a pre-clinical study of the CRISPR-RCas9 system for DM1 were recently published in Nature Biomedical Engineering,1 further validating the potential of this therapeutic approach. Locanabio and academic collaborators at UCSD and the University of Florida assessed whether the RCas9 system could provide molecular and functional rescue of DM1 phenotypes in the HSALR DM1 mouse model. The RCas9 system was administered with one dose of an AAV gene therapy vector. Results in both adult and neonatal mice and using both intramuscular and systemic delivery showed prolonged RCas9 expression even at three months post-injection with efficient reversal of molecular (elimination of toxic RNA foci, MBNL1 redistribution, reversal of splicing biomarkers) and physiological (myotonia) features of DM1. Importantly, there were no significant adverse responses to the treatment. These results are consistent with earlier findings from several in vitro studies in muscle cells derived from DM1 patients including a study published in Cell2 in 2017. 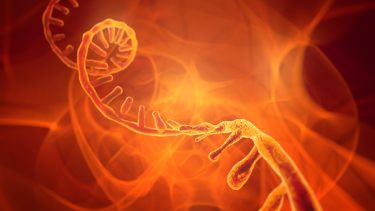 The RCas9 system has shown great promise in pre-clinical research for targeting abnormal RNA repeats. We are also expanding and improving our RNA-binding protein portfolio to include two additional RNA-binding protein systems based on Cas13d and PUF proteins. Cas13d is a Class 2 type VI CRISPR system found in prokaryotes. Cas13d targets RNA exclusively and can be directed to a specific RNA sequence by a guide RNA. Once the Cas13d binds to the appropriate target site, it then cuts the single-stranded RNA. In contrast to the bacterial derived Cas13d binding proteins, PUF binding proteins are found in most eukaryotes including humans and are involved in regulation of mRNA stability and translation. Our small and human derived PUFs can be programmed to bind to any specific RNA sequences without the need for an additional guide RNA, as is required with Cas proteins.

Results from a pre-clinical in vivo study were recently presented at the American Society of Gene and Cell Therapy (ASGCT) Annual Meeting3 showing that the PUF RNA-binding protein system, delivered via an AAV vector, was safe and effective in eliminating toxic CUG repeats in a DM1 mouse model. These data demonstrate that both the PUF and RCas9 systems may provide multiple safe treatment options for this neuromuscular disorder. We are conducting additional studies with the PUF and Cas13d RNA-binding protein technology for DM1 and other diseases.

In addition to DM1, there are many other diseases caused by nucleotide repeat expansions where use of RNA-binding proteins to direct toxic RNA repeat destruction has potential applications. Some examples include Huntington’s disease and spinocerebellar ataxia type 1 (SCA1), both of which are caused by excessive CAG repeats in the huntingtin gene and ataxin 1 gene, respectively. Another example is the most common genetic cause of amyotrophic lateral sclerosis (ALS) and frontotemporal dementia (FTD), which are caused by the hexanucleotide repeat expansion in the C9orf72 gene. Furthermore, by leveraging the ability of these RNA-binding proteins to modulate RNA splicing, this approach may benefit patients with Duchenne muscular dystrophy and usher syndrome type 2.

There have been significant advances in identifying promising therapeutic approaches that target diseases at the RNA level and we are excited to contribute to the progress in the field. We expect to see continued innovation to improve delivery, effectiveness and durability of response and believe that one day physicians will have the option of choosing which modality is best suited for a given disease and optimal for addressing unmet patient needs.

Dr Jim Burns joined Locanabio in December 2019 as CEO and board member. Prior to joining Locanabio, Jim served as the CEO of Casebia Therapeutics and led the team in discovering and developing new CRISPR-Cas9-based breakthrough therapeutics to treat blood disorders, blindness and heart disease. Prior to Casebia, he spent the bulk of his career at Sanofi-Genzyme, where he held several leadership roles with increasing responsibility, including North America Site Head for R&D where he co-ordinated R&D operations across key therapeutic areas and head of Sanofi-Genzyme R&D. Jim is a former board member of MassBio, a member of the National Academy of Engineering and a member of the External Advisory Committee for the BioMedical Engineering Department at Boston University. He earned a  degree in biology from Purdue University and his Master’s and Doctorate degrees in bioengineering from the University of Illinois-Chicago. 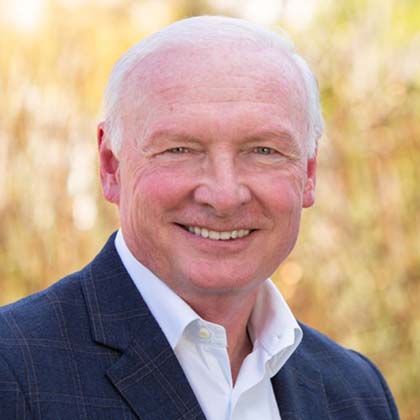