New Bristol Myers Squibb research has revealed details about the structure of the protein receptor CD47, which helps protect cells from the human immune system. 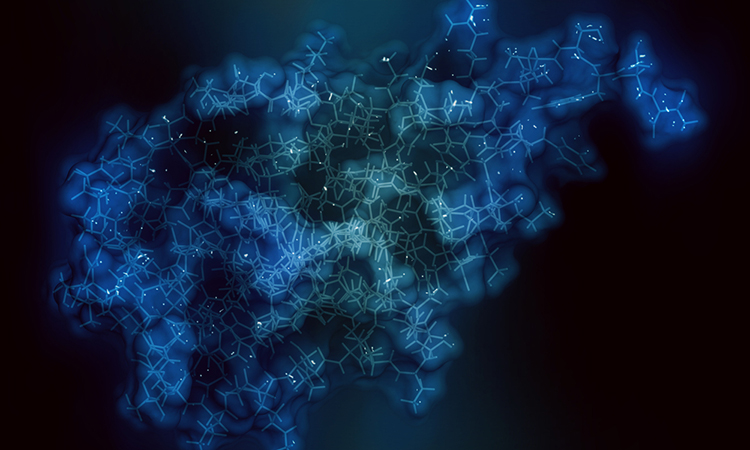 A new study by Bristol Myers Squibb researchers has revealed the crystal structure of the entire CD47 receptor, a target of growing interest for drug discovery as a membrane protein receptor that most cells in the human body express as a form of protection against the immune system. According to the researchers, the immune system will bypass a healthy cell expressing CD47, which sends a signalling response referred to as the “don’t eat me” signal. Cancer cells, however, have found a way to hijack CD47 to avoid detection by the immune system.

CD47 is a type of lipidic membrane protein that divides the interior and exterior of the cell and bridges the signal from inside the cell to the exterior and vice-versa. There are a number of different classes of membrane proteins, determined by the number of times a receptor traverses the membrane. Receptors such as CD47 enable the cell to take signals from outside to communicate to the interior of the cell what needs to be done.

Tumour cells overexpress CD47 on the surface of the cell, with the aim that they will evade the immune system, ultimately allowing them to thrive. One of the approaches to this problem is to block the interaction, or the binding, between CD47 and a co-receptor of the immune system known as SIRPα. Blocking this CD47/SIRPα signalling pathway could reinstate the anti-tumour potential of the immune system.

Researchers working collaboratively across Bristol Myers Squibb discovered the atomic structure of CD47 and how each of the passes interact with each other within the membrane, the only one of its kind with five passes through the membrane, also called transmembrane passes.

The researchers from the study, published in Nature Communications, detailed this critical structural information about CD47. The data provide new insights into CD47’s molecular mechanisms underlaying the “don’t eat me” signal and help inform a promising approach for drug development.

The team highlight that understanding the structure of CD47 helps scientists study more deeply how CD47 and SIRPα interact, thereby enabling them to reassess how to target this receptor.

The biopharmaceutical industry has been paying particular attention for nearly a decade to targeting CD47 for cancer immunotherapies, but until now the structure of the full length of CD47 and how two domains (the extracellular and the transmembrane domain) are connected was unknown. According to the researchers, this new knowledge can help scientists better understand the receptor and advance the field of immunotherapy.