New research has shown that one-time infusion of stem cells from bone marrow improves the survival of mice with sepsis. 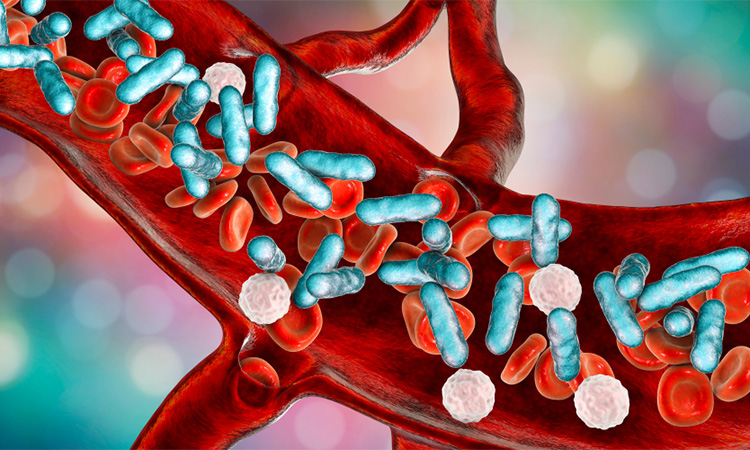 A study at Baylor College of Medicine, US and published in eLife, highlights that the transfusion of bone-marrow stem cells could be a possible treatment strategy for patients with sepsis, which causes around 20 percent of deaths worldwide and one-third of hospital deaths. Currently, clinicians sometimes transfuse a different type of immune cell, called granulocytes, to treat sepsis patients with depleted immune cells. However, granulocyte transfusions require large numbers of donor cells and must be given repeatedly.

The research team examined the effects of sepsis on mice following infection with Streptococcus pyogenes, the pathogen that causes strep throat. They found that a harmful effect of the condition is a severe drop in the number of haematopoietic stem and progenitor cells (HSPCs) in the animals’ bone marrow. These cells are responsible for the day-to-day production of all blood and immune cells.

The team speculated that the number of HSPCs drops as the cells work overtime to produce the immune and blood cells needed to fight the infection and the severe inflammation caused by sepsis.

Following this discovery, the researchers investigated whether an infusion of new healthy HSPCs could improve sepsis outcomes — they gave mice with sepsis an infusion of approximately 10,000 healthy new HSPCs around 24 hours following infection. The treatment increased the animals’ survival by 50 to 60 percent compared with mice that did not receive an HSPC infusion. This treatment also decreased the number of inflammatory molecules called cytokines in the animals.

“Surprisingly, we found that HSPC infusion did not reduce the amount of bacteria in the mice,” explained first author Daniel Morales-Mantilla, a pre-doctoral fellow. “Instead, it increased the numbers of immune cells that reduce inflammation.”

“If our findings are verified by further studies, this could pave the way to a much-needed treatment alternative for sepsis patient,” concluded senior author Associate Professor Katherine King.