Long-awaited findings about cell differentiation will be relevant in understanding normal development and may also be useful in cancer research. 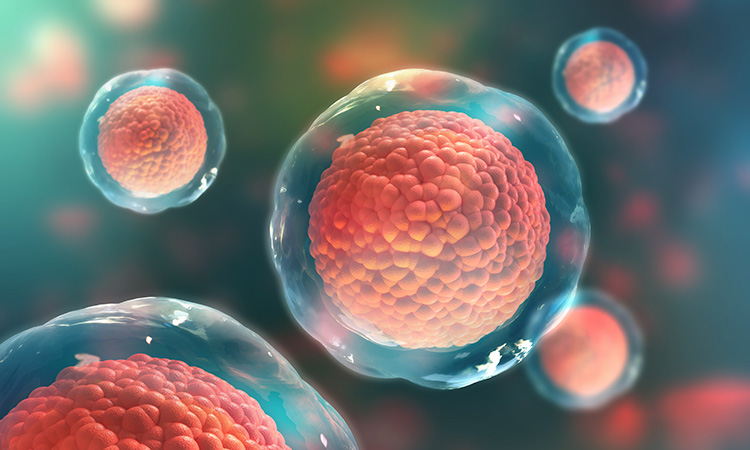 Recent research, supported by the National Institutes of Health, National Science Foundation and Cancer Center at Illinois, all US, has identified a key regulator of the signals that prompt stem cells to switch off pluripotency and adopt their final functional state. The scientists discovered that a molecule known as BEND3 shuts down expression of hundreds of genes associated with differentiation, maintaining the cell’s stem cell-like status. Only when BEND3 is downregulated can cells adopt their final form and function. 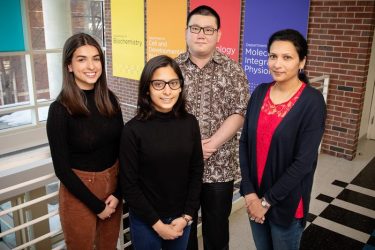 The research team included, from left, undergraduate student Darya Asoudegi; graduate students Neha Chetlangia and Fredy Kurniawan; and Supriya Prasanth, a professor of cell and developmental biology at the U of I.
[Credit: L. Brian Stauffer]

This breakthrough, published in the Proceedings of the National Academy of Sciences, is vital in understanding normal development and may be key in cancer research.

“In most cancers, cells are going through this rampant proliferation because cell-cycle regulators are not functioning properly,” said Professor Supriya Prasanth, lead researcher. “The prognosis of how cancer cells will respond to treatment often relates to its status of differentiation. The more differentiated a tumour is, the better the prognosis.”

Stem cells can repopulate a cancer tumour after it has shrunk during treatment. Finding a molecular switch that will shift cancer cells away from proliferation and toward differentiation could aid in cancer treatment.

Prasanth’s early studies identified BEND3 as a potentially important player in the system. Her team found that when BEND3 bound to strategic locales along the chromosome, it reduced or blocked the expression of dozens of genes. When BEND3 was removed, gene expression rebounded. However, in the new research, the team found many of the genes repressed by BEND3 promote cell differentiation.

“The binding of BEND3 to these genes blocks their expression, preventing the cells from entering a differentiated state,” Prasanth said. “And the moment you remove that control, the cells are now moving toward the differentiation pathway.”

BEND3 is not the only regulator of the cell-differentiation pathway; it binds to and interacts with many other molecular regulators of this process. However, the researchers highlight that its presence or absence appears critical to determining a cell’s fate, making it an attractive target for potential medical interventions when the process goes awry.