Researchers have been able to significantly reduce tumours in a pre-clinical model of a rare genetic lung disease. 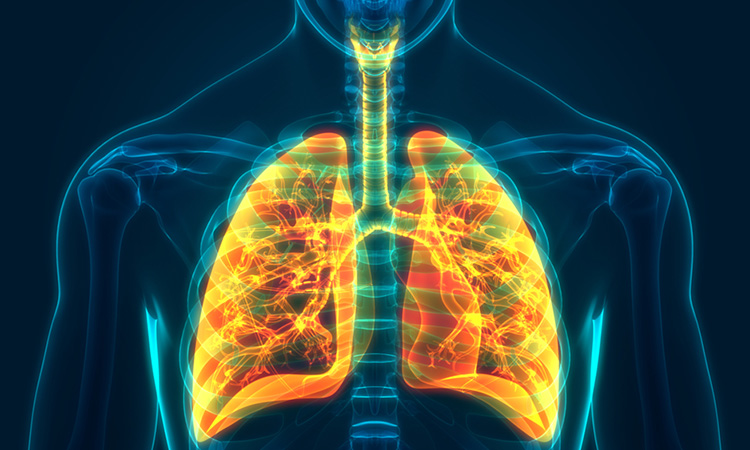 Researchers at the Tufts University School of Engineering, US have been studying ways to latch tiny lipid-based nanoparticles (LNPs) to specific tissues, organs and cell types within the body. Their most recent study, which was published in Proceedings of the National Academy of Sciences, highlights their latest discovery of LNPs that can carry genetic instructions directly into the lungs.

In collaboration with the Harvard Medical School and the University of Massachusetts, Boston, both US the researchers used LNPs full of mRNA and timecoded for a normal gene, Tsc2, that is mutated in individuals with a rare disease called lymphangioleiomyomatosis (LAM). The mutated Tsc2 caused smooth muscle tissue to uncontrollably grow, creating cysts that resembled large gaps or holes in the lungs on an X-ray or computerised tomography (CT) scan. In a mouse model of LAM, delivering a normal Tsc2 gene directly to the lungs led to a significant reduction in cysts.

This breakthrough follows on earlier research, where the team created LNPs that carry gene-editing packages into cells of the immune system, the liver and across the blood-brain barrier to specific regions of the brain. The current study does not involve gene editing, which replaces a detrimental gene with a beneficial one. Instead, the detrimental gene is overwritten with a temporary code from the mRNA that fades over time, requiring repeat doses.

“We were able to demonstrate that we could deliver gene editing to the lungs, but it showed up in the liver as well,” said Min Qiu, former postdoctoral researcher in the Xu group at Tufts and now a principal investigator at Fudan University in China and co-first author of the study. “The size and components of the gene editing kit may have affected the LNPs’ ability to selectively target the lungs in this case. Delivering the smaller mRNA package is a lot more selective.” The team is currently working on refining the LNPs to enable more targeted gene editing to the lungs. 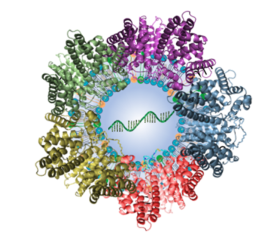 The team were able to target the lungs and other parts of the body by modifying the lipids and other molecules or the LNPs. The bubbles are formed with a bilayer of lipids which encircle the contents. Every lipid can be described as having chemical parts either to the outside or the inside of the bubble where the mRNA or gene editing kit is packed — changing any of those parts can change where the LNPs might end up in the body.

The leading lung-targeting LNPs, 306-N16B and 113-N16B, both had linkers containing a nitrogen atom. “We found out that the molecules making up the LNPs would pick up proteins and other molecules from the plasma and it is that ‘crown’ of material that interacts with the target tissue, organ, or cell,” said corresponding author, Professor Qiaobing Xu.

By analysing which plasma proteins stuck to the LNPs, the researchers narrowed down to 14 proteins as possibly having a role in helping them to stick to and absorb into the lungs, including ApoE, albumin, fibrinogen beta and fibrinogen gamma.

“It does become a trial-and-error process to find the right targeting combination, but we can definitely find that combination within a time frame needed for discovering treatments of a wide range of diseases,” concluded Xu.