A new study has highlighted an enzyme called ART1 as a promising target for immunity-boosting cancer treatments. 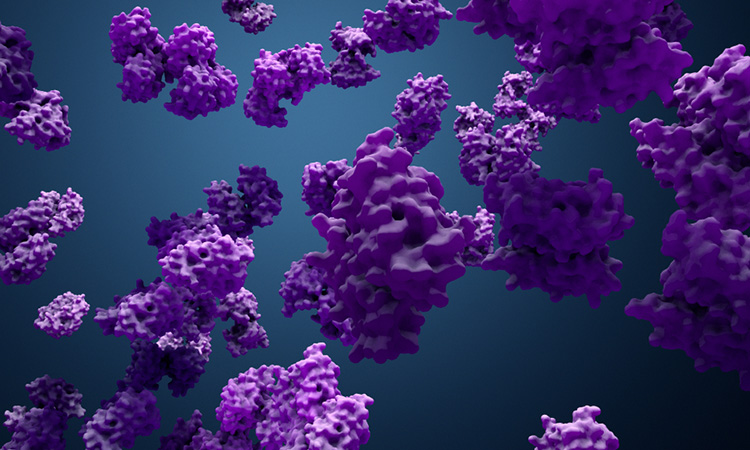 Researchers from Weill Cornell Medicine and Albert Einstein College of Medicine, both US, have uncovered a promising new target, an enzyme called ART1, for cancer immunotherapies. Their study, which was recently published in Science Translational Medicine, highlighted that when ART1 is expressed on tumour cells, the enzyme can modify a receptor on tumour-fighting immune cells in a way that triggers the death of these immune cells. In animal cancer models, blocking ART1 increased the presence of the tumour-fighting immune cells within tumours and slowed or stopped tumour growth.

“This is an excellent example of how translational science should work. We first found ART1 expressed in the tumours of patients with lung cancer. In the lab, we discovered that ART1 helps to block the anti-tumour immune response, specifically by inducing death of anti-tumour T cells. We then developed a therapeutic antibody that blocks the function of ART1, allows the immune system to fight the cancer and ultimately prolongs survival in tumour models,” said senior author Dr Brendon Stiles.

The mammalian immune system has several different safety mechanisms to prevent immune activity from becoming excessive and damaging tissues. In recent decades, scientists found that tumours frequently co-opt these safety mechanisms, also called immune checkpoints, to defeat natural anti-tumour immune responses. This research has led to the development of “immune checkpoint inhibitor” treatments that block these safety mechanisms to enhance anti-tumour immunity. These treatments are now part of standard care for several types of cancer and help account for some cures. However, many individual cancers do not respond to such therapies, therefore, these cancers may use other, unstudied immune checkpoint systems.

ART1 appears to be part of one such immune-checkpoint exploitation system. In the study, the researchers found its gene expression levels were significantly higher in the most common type of non-small-cell lung cancer (NSCLC), compared to non-cancerous lung cells. Similarly, in mice, ART1-overexpressing NSCLC tumours grew rapidly, while blocking ART1 reduced tumour growth. However, this effect on tumours appeared only in mice with intact immune systems, implying that blocking ART1 works by unleashing anti-tumor immunity. 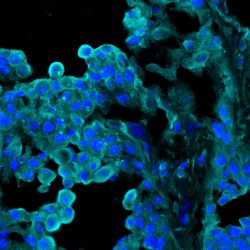 Further experiments in mice with NSCLC and melanoma tumours confirmed that reducing ART1 led to a more significant presence within tumours of CD8 T cells, the immune system’s most powerful weapon against cancers.

The experiments also provided strong evidence that ART1 interacts with a receptor called P2RX7R on CD8 T cells and activates signalling that causes the deaths of the CD8 T cells. The P2RX7R receptor, therefore, seems to be an important molecular switch that cancers use to shut down anti-cancer immunity. The researchers then blocked ART1 using a humanised therapeutic antibody they had developed and demonstrated that it slowed tumour growth and prolonged survival in mice.

The researchers are developing the anti-ART1 antibody further as a potential immune-enhancing cancer treatment.