Researchers have developed a novel substance that disables a protein in the cell skeleton, leading to cell death. In this way, substances of this type can prevent the growth of tumours. 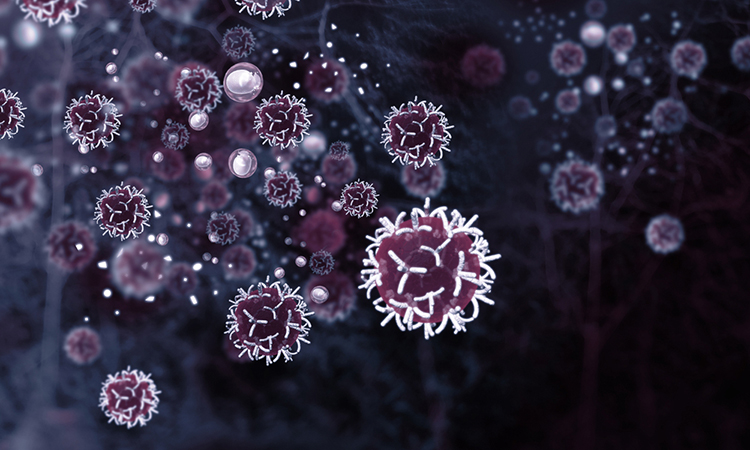 Researchers at the Paul Scherrer Institute (PSI), Italy and the Italian Institute of Technology (IIT) have developed a novel substance that disables a protein in the cell skeleton, leading to cell death. In this way, substances of this type can prevent, for example, the growth of tumours. To accomplish this, the researchers combined a structural biological method with the computational design of active agents. The study was recently published in Angewandte Chemie International Edition.

Active agents that attach to the cell skeleton are among the most effective drugs against cancer. They block tubulin, and thus prevent cell division in tumours. PSI researchers, in collaboration with the Italian Institute of Technology in Genoa, have now developed another potent substance that disables tubulin, which they have dubbed ‘Todalam’.

“Todalam prevents tubulin from arranging itself in the form of microtubule filaments,” explained first author Tobias Mühlethaler. “The protein remains as if frozen in a structure that does not fit into microtubules.”

There are typically two different approaches for developing new drugs: Researchers can test an enormous number of molecules to find those which look promising, or they can specifically design chemical molecules that achieve the desired effect. The PSI and IIT researchers chose the second path, which is often more difficult.

In doing this, they were able to build on their own research in which they had already located places in tubulin where molecules can dock especially well. These are the so-called binding pockets, of which they found 27. In addition, the researchers identified 56 fragments that bind to these sites.

In the current study based on this prior work, the researchers initially selected a newly discovered binding pocket on tubulin. They used computational design to combine the structures of three molecular fragments, which preferentially dock at this point, into a single chemical compound, and then they synthesised it in the laboratory. “By combining the three fragments into one molecule, we hoped to enhance the effect, since the new molecule fills the binding pocket better,” said Michel Steinmetz, Head of the Laboratory of Biomolecular Research at PSI.

Using measurements at the Swiss Light Source SLS, the researchers checked to see how well the molecule fits into the binding pocket. In two further cycles, they improved the substance until they arrived at Todalam.

In cell cultures, the researchers demonstrated that Todalam kills cells. “The better a substance binds to a critical site in tubulin, the more toxic it is for the cells,” Steinmetz explained, making Todalam a promising starting point for developing a drug.

The cytoskeletal inhibitors currently in clinical use are natural substances with large, complex structures and are therefore difficult to synthesise. The newly developed compound Todalam, on the other hand, can be produced in a simple chemical synthesis in the laboratory. “That also means that the compound could be produced in large quantities relatively easily,” Steinmetz stressed.