Researchers have discovered a new pathway to the regeneration of insulin in pancreatic stem cells, findings that could move towards new therapies for type 1 and type 2 diabetes. 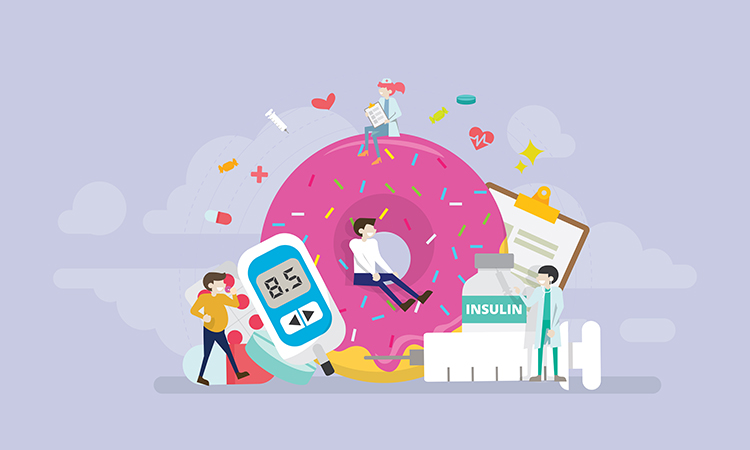 A world-first study by Monash University, Australia has discovered a pathway to the regeneration of insulin in pancreatic stem cells, a breakthrough towards new therapies to treat type 1 and type 2 diabetes.  The findings were recently published in Signal Transduction and Targeted Therapy.

Using the pancreas stem cells of a type 1 diabetic donor, researchers were able to effectively reactivate them to become insulin-expressing and functionally resemble beta-like cells using a drug approved by the US Food and Drug Administration but not currently licenced for diabetes treatment.

Though it requires further work, in principle the new approach would allow insulin-producing cells that are destroyed in type 1 diabetics to be replaced with newborn insulin generating cells.

“We consider the research novel and an important step forward towards developing new therapies,” Professor Sam El-Osta said. To restore insulin expression in a damaged pancreas, the researchers had to overcome a series of challenges since the diabetic pancreas was often thought to be too damaged to heal.

According to the researchers, by the time an individual is diagnosed with type 1 diabetes much of their pancreatic beta cells, which produce insulin, have been destroyed. These studies show the “diabetic pancreas is not incapable of expressing insulin” and the proof-of-concept experiments “address unmet medical needs in type 1 diabetes”.

The advances in the genetics of diabetes have brought a “greater understanding and along with it a resurgence of interest in the development of potential therapies,” said El-Osta. “Patients rely on daily insulin injections to replace what would have been produced by the pancreas. Currently, the only other effective therapy requires pancreatic islet transplantation and while this has improved health outcomes for individuals with diabetes, transplantation relies on organ donors, so it has limited widespread use.”

“More work is required to define the properties of these cells and establish protocols to isolate and expand them”, concluded Dr Keith Al-Hasani, a co-author of the study. “I would think therapy is pretty far away, however, this represents an important step along the way to devising a lasting treatment that might be applicable for all types of diabetes.”