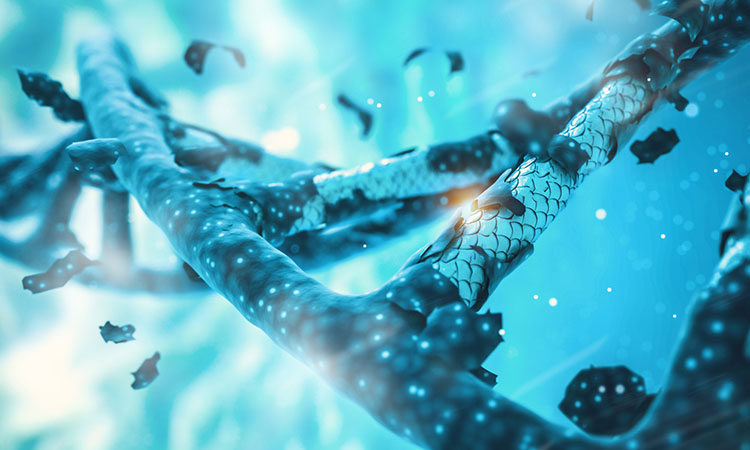 MACHETE is a CRISPR-based method developed to study copy number alterations (CNAs), which are large-scale genetic changes that frequently happen in cancer. According to the researchers, this presents a new way of slicing out significant targeted sections of genetic code to mirror changes that arise in cancer and other human diseases.

For the first time, there is a straightforward and efficient way to study CNA deletions in laboratory models, such as the mouse models of pancreatic cancer and melanoma used in the study.

Using MACHETE, as outlined in the study published in Nature Cancer, the researchers found that a prominent deletion often eliminates a cluster of interferon genes, leading to poorer outcomes in mouse models. Intact tumour interferons might serve as a biomarker of immunotherapy response.

Copy number alterations can affect dozens of genes simultaneously and duplicate or delete large sections of individual chromosomes. A typical tumour carries an average of 24 different CNAs that impact up to 30 percent of its genome.

“Point mutations are relatively easier to study than CNAs… But CNAs are just as important — they are just a lot more complex,” said Dr Tsanov, Chair of the Institute’s  Cancer Biology and Genetics Programme.

Tumours with a higher level of CNAs (CNA burden), are linked to recurrence and worse outcomes in many cancers. A potential new approach to studying large-scale deletions is to select cells with the intended deletions even if they are very rare.

After the genetically “macheted” cells were inserted into the pancreases of laboratory mice, the mice developed cancer. The genetic alterations removed a slice of chromosome 9 and with it a gene known as CDKN2A – a tumour suppressor gene. This shut down the cells’ innate ability to prevent the emergence of tumour cells. This broad slice also removed the genetic code for a cluster of interferons.

The additional loss of the interferons creates a double whammy that makes the tumours invisible to defenders in the immune system and helps the cancer to spread.

“Using MACHETE revealed a major way in which developing cancer cells avoid being recognised by the immune system and which can also lead to resistance to immunotherapies aimed at reactivating the immune system to attack the cancer,” added Dr Lowe, Howard Hughes Medical Institute Investigator.

The research suggests, then, that patients whose interferon region is still intact may be better candidates for immunotherapy than those who have lost it. The team highlight that further genome study could show whether adding it to sequencing tests could help identify patients who are more likely to benefit from immunotherapy.