Researchers have designed a drug delivery capsule that can stay in the stomach for up to 1 month, and could sense and treat infections… 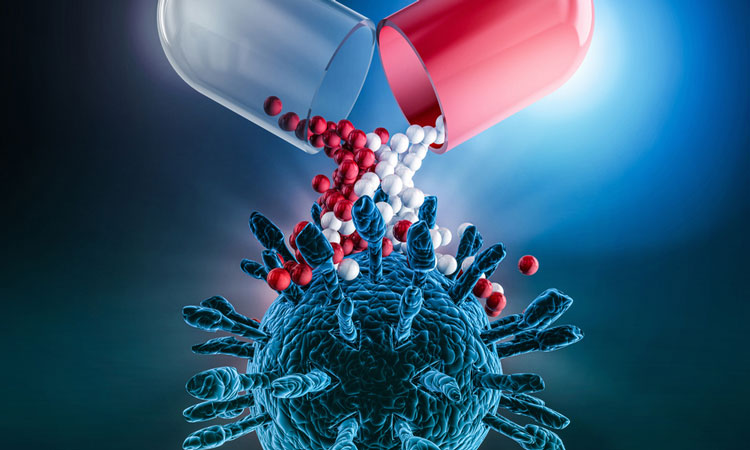 Researchers at MIT, Draper, and Brigham and Women’s Hospital have designed an ingestible capsule that can be controlled using Bluetooth wireless technology. The capsule, which can be customised to deliver drugs, sense environmental conditions, or both, can reside in the stomach for at least a month, transmitting information and responding to instructions from a user’s smartphone.

The capsules, manufactured using 3D-printing technology, could be deployed to deliver drugs to treat a variety of diseases, particularly in cases where drugs must be taken over a long period of time. They could also be designed to sense infections, allergic reactions, or other events, and then release a drug in response.

“Our system could provide closed-loop monitoring and treatment, whereby a signal can help guide the delivery of a drug or tuning the dose of a drug,” said Dr Giovanni Traverso, a visiting scientist in MIT’s Department of Mechanical Engineering.

These devices could also be used to communicate with other wearable and implantable medical devices, which could pool information to be communicated to the patient’s or doctor’s smartphone.

“We are excited about this demonstration of 3D printing and of how ingestible technologies can help people through novel devices that facilitate mobile health applications,” said Dr Robert Langer, the David H. Koch Institute Professor and a member of MIT’s Koch Institute for Integrative Cancer Research.

Prof Langer and Dr Traverso are the senior authors of the study. Dr Yong Lin Kong, a former MIT postdoc who is now an Assistant Professor at the University of Utah, is the paper’s lead author.

For the past several years, Prof Langer, Dr Traverso, and their colleagues have been working on a variety of ingestible sensors and drug delivery capsules, which they believe would be useful for long-term delivery of drugs that currently have to be injected. They could also help patients to maintain the strict dosing regimens required for patients with HIV or malaria.

In their latest study, the researchers set out to combine many of the features they had previously developed. In 2016, the researchers designed a star-shaped capsule with six arms that fold up before being encased in a smooth capsule. After being swallowed, the capsule dissolves and the arms expand, allowing the device to lodge in the stomach. Similarly, the new device unfolds into a Y-shape after being swallowed. This enables the device to remain the stomach for about a month, before it breaks into smaller pieces and passes through the digestive tract.

One of these arms includes four small compartments that can be loaded with a variety of drugs. These drugs can be packaged within polymers that allow them to be released gradually over several days. The researchers also anticipate that they could design the compartments to be opened remotely through wireless Bluetooth communication.

The device can also carry sensors that monitor the gastric environment and relay information via a wireless signal. In previous work, the researchers designed sensors that can detect vital signs such as heart rate and breathing rate. In this paper, they demonstrated that the capsule could be used to monitor temperature and relay that information directly to a smartphone within arm’s length.

“The limited connection range is a desirable security enhancement,” Dr Kong said. “The self-isolation of wireless signal strength within the user’s physical space could shield the device from unwanted connections, providing a physical isolation for additional security and privacy protection.”

To enable the manufacturing of all of these complex elements, the researchers decided to 3-D print the capsules. This approach allowed them to easily incorporate all of the various components carried by the capsules, and to build the capsule from alternating layers of stiff and flexible polymers, which helps it to withstand the acidic environment of the stomach.

“Multimaterials 3-D printing is a highly versatile manufacturing technology that can create unique multicomponent architectures and functional devices, which cannot be fabricated with conventional manufacturing techniques,” Dr Kong said. “We can potentially create customised ingestible electronics where the gastric residence period can be tailored based on a specific medical application, which could lead to a personalised diagnostic and treatment that is widely accessible.”

The researchers envision that this type of sensor could be used to diagnose early signs of disease and then respond with the appropriate medication. For example, it could be used to monitor certain people at high risk for infection, such as patients who are receiving chemotherapy or immunosuppressive drugs. If infection is detected, the capsule could begin releasing antibiotics. Or, the device could be designed to release antihistamines when it detects an allergic reaction.

The current version of the device is powered by a small silver oxide battery. However, the researchers are exploring the possibility of replacing the battery with alternative power sources, such as an external antenna or stomach acid.

The researchers are also working on developing other kinds of sensors that could be incorporated into the capsules. In this paper, they tested the temperature sensor in pigs, and they estimate that within about two years, they may be able to start testing ingestible sensors in human patients. They have launched a company that is working on developing the technology for human use.

The paper was published in Advanced Materials Technologies.