A gene associated with a rare balance disorder also regulates the behaviour of an enzyme that increases the risk for Alzheimer’s disease. 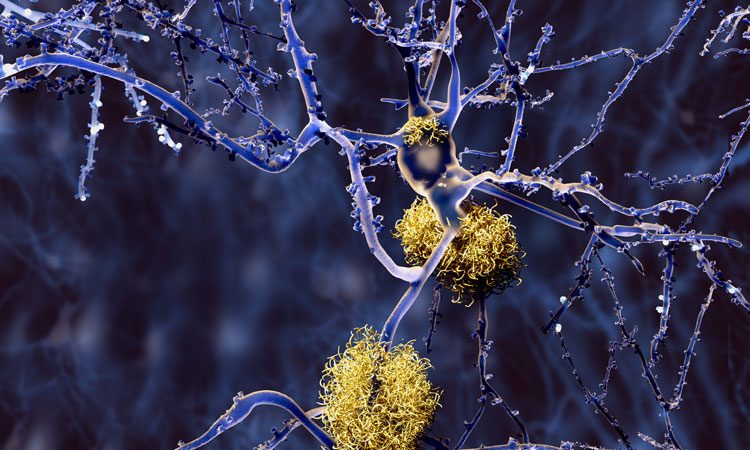 According to a new study, a gene that can become mutated and cause a rare balance disorder also regulates the behaviour of an enzyme that increases the risk for Alzheimer’s disease (AD). This discovery may help to identify new targets for experimental medications designed to delay or stop the onset of AD.

Rudolph E Tanzi, PhD, director of the Genetics and Aging Research Unit at Massachusetts General Hospital (MGH), US, and his colleagues have previously identified several genes that are associated with AD. They include ATXN1, which carries the genetic code for producing a protein called ataxin-1.

It was already known that a variation known as a ‘gain of function’ mutation in ATXN1 causes spinocerebellar ataxia type 1 (SCA1). However, the ATXN1 mutation that causes SCA1 is not associated with AD and the role ataxin-1 might play in the disease remained unknown.

Suh supervised a team that crossbred mice which had the ATXN1 gene deleted, causing them to lack ataxin-1, with a second group of mice that had been bred to have AD. These pairings produced offspring that were missing ataxin-1, which in turn made their levels of an enzyme called beta-secretase 1 (BACE1) to rise.

BACE1 plays an essential role in the formation of amyloid plaques, which are clusters of damaged nerve cells and other proteins in the brain that are one of the hallmarks of AD.

Mice lacking ataxin-1 had significantly greater deposits of amyloid plaque than the AD mice. They also had higher levels of inflamed brain tissue, formed fewer new neurons in regions associated with memory and learning and had impaired axons, which are fibers that carry signals between neurons.

Several experimental drugs that block BACE1 have failed due to toxicity, but discovering ataxin-1’s role in regulating this enzyme “could provide a new avenue to safely stop formation of amyloid plaques and potentially prevent this disease before it causes symptoms,” said Tanzi.