A world-first compound that can keep cells alive and functioning in a healthy state could be revolutionary for medical emergencies. 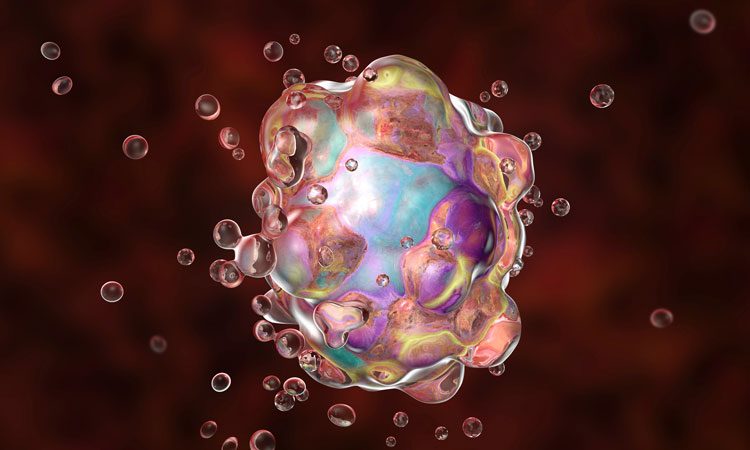 A world-first compound that can keep cells alive and functioning in a healthy state when they otherwise would have died has been developed.

The ability to quickly prevent cell death, or apoptosis, could be game-changing for medical emergencies and procedures, such as minimising cellular damage after heart attacks or preserving organs for transplants.

The study was led by Professor David Huang, Professor Guillaume Lessene and Professor Benjamin Kile at the Walter and Eliza Hall Institute of Medical Research.

Professor Huang said the ability to stop unwanted cell death could be invaluable for the future of medical care: “Acute injury can cause cells to die, rapidly leading to the loss and weakening of tissues and muscles. In such circumstances, being able to prevent uncontrolled cell death could improve a patient’s recovery or even their chances of survival.”

Apoptosis is controlled by the BCL-2 family of proteins and some of these promote cell survival, while others drive cell death. Cells are committed to die once either the proteins BAK or BAX is activated.

Professor Kile said the compound successfully disabled BAK. “In laboratory models we found we could override apoptosis and keep cells functioning,” he said. “We have shown it is possible to halt the biochemical cascade that triggers cell death, right at the point where it begins.”

The proof-of-concept drug was developed through extensive medicinal chemistry following a high-throughput screening (HTS) campaign of a quarter of a million potential small drug molecules.

…we found we could override apoptosis and keep cells functioning”

The researchers are now looking to apply the knowledge to developing cell death blockers that are effective and safe in humans.

Professor Huang said the next steps would also involve applying the knowledge gained to more advanced models of disease: “There could be applications for keeping cells alive to prevent degenerative diseases.”

The preclinical findings were published in Nature Chemical Biology.