A promising route for tackling the often-fatal MERS-coronavirus (MERS-CoV) has been identified by researchers in Germany. 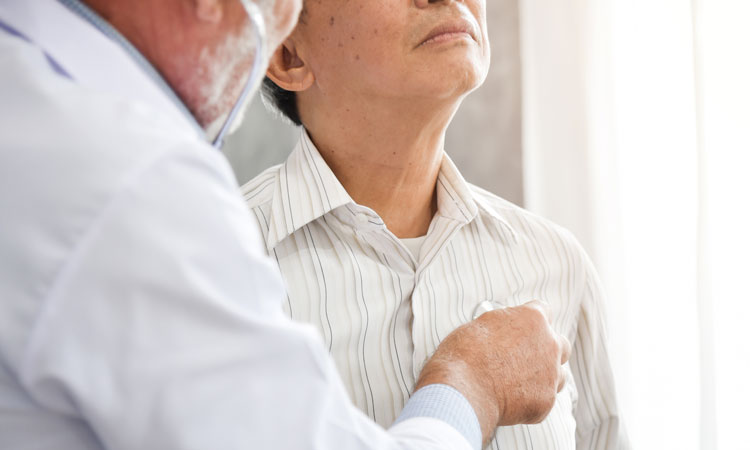 MERS (Middle East respiratory syndrome)-coronavirus was first identified in 2012 in Saudi Arabia. Capable of causing severe pneumonia, the MERS pathogen has resulted in death in approximately one third of infections.

There are currently no effective treatments for MERS; but researchers from the German Center for Infection Research (DZIF) at Charité – Universitätsmedizin Berlin have recently determined autophagy – a cellular recycling process – to be a promising target to combat the disease. Autophagy-inducing substances – including certain licensed drugs – have demonstrated efficacy in drastically reducing the rate at which the virus replicates.

A team co-led by PD Dr Marcel Müller of the Institute of Virology on Campus Charité Mitte recently discovered that the MERS virus can only replicate efficiently if it inhibits a cellular process known as autophagy. Building on this discovery, the researchers went on to study potential substances that could induce the autophagy process, and hence limit viral infection.

Autophagy is a cellular recycling process, whereby cells eliminate damaged or diseased components in order to regenerate and build new healthier cells; thus, viruses are usually identified and disposed of in this way. However, as several viruses are known to have evolved to combat this means of defence, PD Dr Müller and his team set out to determine whether the MERS virus is capable of modulating autophagic degradation. Firstly, the researchers infected cells with the MERS virus. Subsequent observations revealed a disruption to the cellular recycling process in cells infected with the virus. “This result clearly indicated that the MERS pathogen benefits from an attenuation of the cellular recycling process,” explained PD Dr Müller.

The researchers also observed a previously unknown molecular switch that regulates the process of autophagic degradation: the SKP2 protein. They discovered that the MERS virus activates this molecular switch in order to slow down the cell’s recycling processes and avoid degradation. Using these insights, the researchers treated MERS-infected cells with various SKP2 inhibitors in order to stimulate the degradation process and this strategy proved successful.

Of particular note, the licensed drug niclosamide, a treatment for tapeworms that had previously been identified as an SKP2 inhibitor, was shown to be capable of drastically reducing the replication of the MERS virus in cell culture.

These findings establish a sound base for developing treatments for the MERS virus. “However, SKP2 inhibitors will need to be tested in vivo before they can be used as drugs. Furthermore, one has to properly evaluate the risks and benefits for their in vivo use, since even drugs that have already been approved can have side effects,” says PD Dr Müller. The researchers will also test whether SKP2 inhibitors could be effective against other coronaviruses such as SARS or the novel coronavirus (2019-nCoV) that is currently emerging in China.

Results from this research have been published in Nature Communications.

One response to “Autophagy: the key to effective MERS-coronavirus treatment?”