Interleukin-2 interactions revealed by researchers to aid in drug design 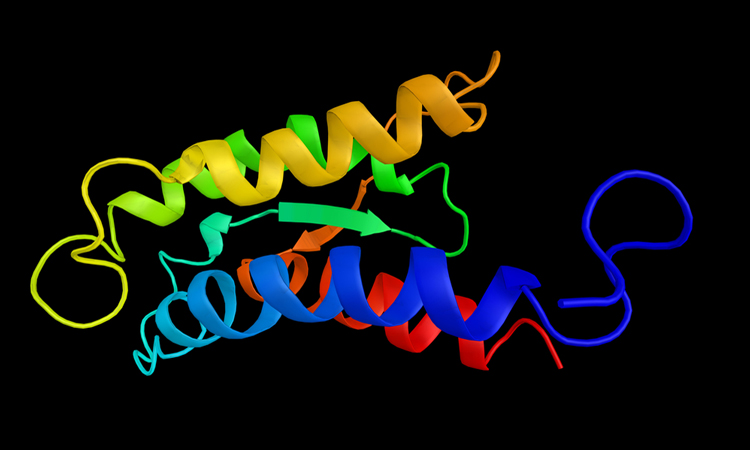 The signalling molecule interleukin-2 (IL-2) is known to have powerful effects on the immune system, but efforts to harness it for therapeutic purposes have been hampered by serious side effects. Now, researchers have clarified the details of IL-2’s complex interactions with receptor molecules on immune cells, providing a blueprint for the development of more targeted therapies for treating cancer or autoimmune diseases.

Conducted at the University of California (UC) Santa Cruz, US, the study investigated how IL-2 acts as a growth factor to stimulate the expansion of T-cell populations during an immune response. The researchers revealed that as different types of T cells play different roles, IL-2 can stimulate both effector T cells, which lead the immune system’s attack on specific antigens and regulatory T cells (Tregs), which rein in the immune system after the threat is gone.

“IL-2 can act as either a throttle or a brake on the immune response in different contexts,” said Nikolaos Sgourakis, assistant professor of chemistry and biochemistry at UC Santa Cruz and corresponding author of the study. “Our investigation used detailed biophysical methods to show how it does this.”

The researchers were able to show that IL-2 adopts two different structural forms (termed conformations) that affect how it interacts with the receptors on different types of T cells. In solution, IL-2 naturally shifts back and forth between a minor conformation and a major conformation. The researchers also showed how certain mutations or interactions with other molecules can influence IL-2 towards adopting one conformation or the other. 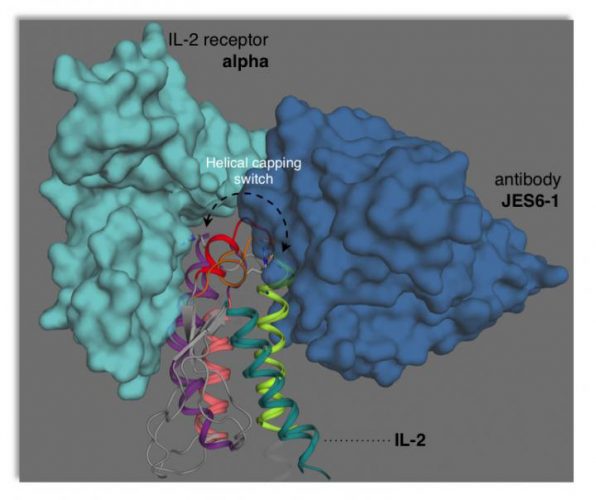 This illustration depicts how interleukin-2 (IL-2) adopts two different conformations that are “primed” for interactions with the JES6-1 antibody or the IL-2 receptor on T cells. This dynamical switching can be tuned to either boost or block immune responses depending on the desired therapeutic application [Credit: Viviane De Paula].

“We have now come one step closer to a detailed understanding of how the IL-2 cytokine works,” De Paula said. “It is the first time that anyone has managed to observe a transient state of IL-2 directly. With the use of NMR, we were able to describe the structure, dynamics, and function of IL-2 in its two conformations.”

According to the team, their study opens up numerous possibilities for designing drugs to stabilise IL-2 in a particular conformation for therapeutic applications.

Previous efforts by other researchers have shown that different monoclonal antibodies (mAbs) targeting IL-2 could promote the expansion of different T-cell populations in mice. One of these antibodies in complex with IL-2 was effective in treating mouse models of autoimmune disease and inflammation and a similar human mAb is currently heading toward clinical trials for the treatment of autoimmune diseases.

The new study provides a mechanistic explanation for these effects that can guide further drug discovery efforts.

“The details of the mechanism we present offer a direct blueprint for drug discovery,” said Garcia. “Every drug company wants to know how to engineer this cytokine and this paper provides some of the first really bona fide structural clarity on the fascinating topic of IL-2 dynamics.”

The results were published in Proceedings of the National Academy of Sciences.