Researchers have revealed the importance of dopaminergic control on striatal responses to psychostimulants, suggesting a drug target for cocaine addiction. 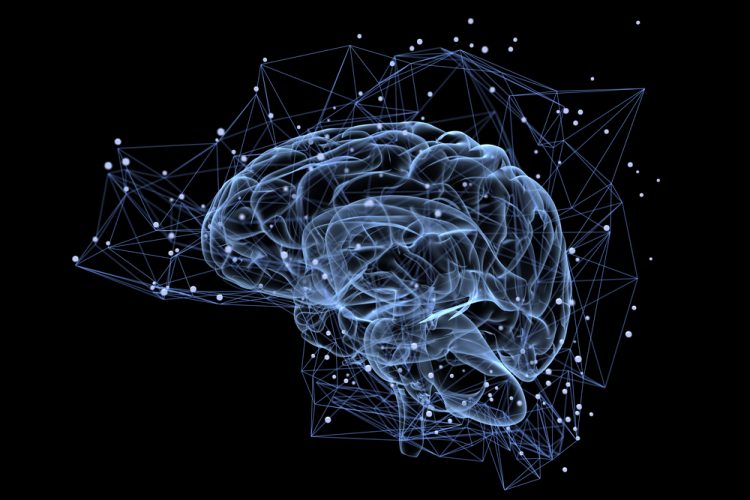 A new study from researchers in the US has explained how cocaine modifies functions in the brain, revealing a potential target for therapies aimed at treating cocaine addiction.

Researchers from the University of California, Irvine have demonstrated that a key receptor for dopamine, called D2 (D2R), intervenes in the mechanism through which cocaine modifies functions in the striatum, a region of the brain responsible for the psychomotor and rewarding effects of drugs like cocaine, directly involved in the process of addiction.

“In our study, we show that D2R signalling over cholinergic interneurons (ChIs) and acetylcholine (Ach) release exerts a major control in the striatum, which is required for the normal functioning of striatal circuits,” said Dr Emiliana Borrelli, a professor of microbiology and molecular genetics, pharmaceutical sciences and member of the Center for Epigenetics and Metabolism at the UCI School of Medicine.

“Cocaine use drastically elevates dopamine levels in the striatum and causes the dopamine D2 receptor (D2R) to inhibit striatal acetylcholine signalling, resulting in cocaine-induced changes in behaviour and the striatal genomic response,” said Borrelli. “By genetic ablation of D2R in cholinergic interneurons, we disrupt the dopamine-mediated inhibition of these neurons and reduce the addictive effects of drugs like cocaine.” 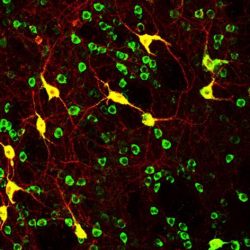 The picture shows striatal cholinergic interneurons (cell body in yellow) whose neurites (in red) make multiple connections to surrounding neurons. Dopamine through D2R has an important modulatory role on these connections in response to cocaine [credit: R.G. Lewis, UCI School of Medicine].

The study indicates that D2R activation in cholinergic interneurons is central to the control of striatal neuronal circuits and significantly affects the motor and cellular responses to cocaine.

The researchers report in their study that their hypothesis is supported by the impaired response to cocaine of mice in which Ach degradation is inhibited using donepezil before cocaine administration.

“Our study emphasises the importance of the dopaminergic control on striatal responses to psychostimulants and may pave the way for future therapeutic strategies to treat substance use disorders,” said Borrelli.