The novel protocol allows proteins over 100 amino acids long to be synthesised in hours and include amino acids that do not occur in the human proteome. 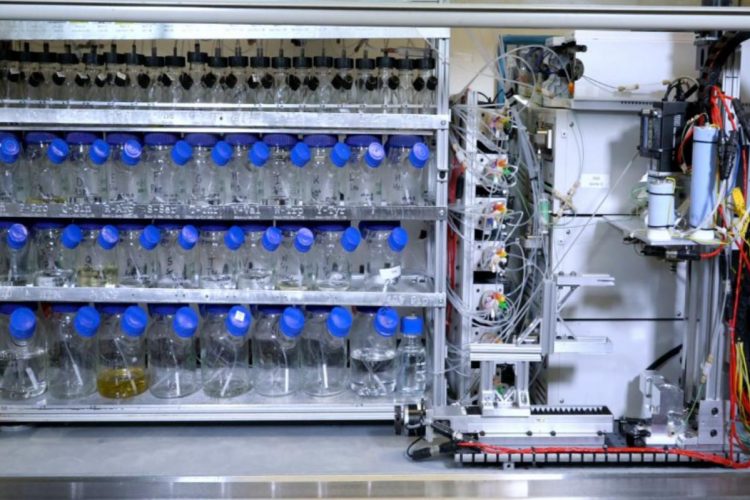 Chemists have unveiled their novel protocol which dramatically reduces the amount of time required to synthesise proteins. The tabletop automated flow synthesis machine can build proteins over 100 amino acids long in a matter of hours.

The MIT team believe their technology could speed up the manufacturing of on-demand therapies and the development of new drugs. They also suggest that the machine could also allow scientists to design artificial proteins: “You could design new variants that have superior biological function, enabled by using non-natural amino acids or specialised modifications that are not possible when you use nature’s apparatus to make proteins,” said Brad Pentelute, an associate professor of chemistry at MIT and the senior author of the study.

In a paper published in Science, the researchers demonstrated the capabilities of the flow synthesis machine, producing a bacterial protein called Sortase A, 164 amino acids in length (the longest one produced in this study); proinsulin, an insulin precursor with 86 amino acids; and an enzyme called lysozyme, which has 129 amino acids, as well as a few other proteins. In later experiments they also showed these synthetic proteins functioned similarly to their naturally occurring counterparts.

In order to increase the capability of the technology from the starting point each peptide bond taking an average of two and a half minutes, allowing peptides up to 25 amino acids long to be assembled in less than an hour, they increased the efficiency of the bond making process, such that the average efficiency was greater than 99 percent for each reaction. However, after the desired protein sequence has been produced, it has to be purified and then folded into the correct shape, which adds a few more hours to the overall synthesis process.

According to the team, their new target is to improve the technology so it can produce proteins up to 300 amino acids long. They also intend to automate the process, so that once the protein is synthesised, the cleavage, purification and folding steps occur without any human intervention required.

Thomas Nielsen, head of research chemistry at Novo Nordisk, who is also an author of the study, suggested the ability to include amino acids outside those encoded in living cells greatly expands the structural and functional diversity of potential protein drugs, and concluded: “This is paving the way for a new field of protein medicinal chemistry. This technology really complements what is available to the pharmaceutical industry, providing new opportunities for rapid discovery of peptide- and protein-based biopharmaceuticals.”