Researchers have created a new method of potentially treating herpes virus, by targeting the physical properties of the viral genome. 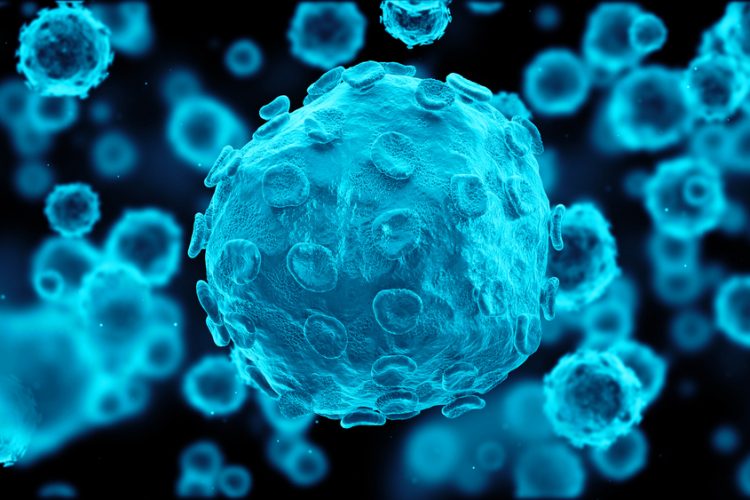 Researchers have discovered a new way to treat human herpes viruses. According to the team, this broad-spectrum method targets physical properties in the genome of the virus rather than viral proteins, which have previously been targeted.

The treatment, developed by a team at Lund University, Sweden, consists of novel molecules that penetrate the protein shell of the virus and prevent genes from leaving the virus to infect the cell. It does not lead to resistance and acts independently of mutations in the genome of the virus.

The researchers say that the major challenge for treating herpes virus infections lies in that all existing antiviral drugs lead to rapid development of resistance in patients with compromised immune systems where the need for herpes treatment is the greatest (eg, newborn children, patients with HIV, cancer or who have undergone organ transplantation). However, the physical properties of the virus have so far received little attention, according to researcher Alex Evilevitch.

“We have a new and unique approach to studying viruses based on their specific physical properties. Our discovery marks a breakthrough in the development of antiviral drugs as it does not target specific viral proteins that can rapidly mutate, causing the development of drug resistance – something that remains unresolved by current antiviral drugs against herpes and other viruses. We hope that our research will contribute to the fight against viral infections that have so far been incurable,” said Evilevitch, associate professor and senior lecturer at Lund University.

The virus consists of a thin protein shell, a capsid, and its genome inside. Evilevitch has previously discovered that the herpes virus has high internal pressure because it is tightly packed with genetic material.

“The pressure is 20 atmospheres, which is four times higher than in a champagne bottle and this allows herpes viruses to infect a cell by ejecting its genes at high speed into the cell nucleus after the virus has entered the cell. The cell is then tricked into becoming a small virus factory that produces new viruses that can infect and kill other cells in the tissue, leading to different disease states,” explained Evilevitch.

He, with the help of pre-clinical studies at the US National Institutes of Health (NIH), identified small molecules able to penetrate the virus and ‘turn off’ the pressure in the genome of the virus without damaging the cell. These molecules proved to have a strong antiviral effect that was several times higher than the standard treatment against certain herpes types with the drug Aciclovir, as well as against resistant herpes virus strains where Aciclovir does not work. The team say that this approach prevented viral infection.

Since all types of herpes viruses have similar structure and physical properties, the researchers say this antiviral treatment works on all types of viruses within the herpes family.

“The drugs available today for combatting viral infections are highly specialised against the viral proteins and if the virus mutates, which regularly occurs, the drug is rendered ineffective. However, if you succeed in developing a treatment that attacks the physical properties of a virus, such as lowering the pressure inside the herpes virus shell, it should be possible to counter many different types of viral infections within the same virus family using the same drug. In addition, it would work even if the virus mutates because the mutations do not affect the internal pressure of the herpes virus,” said Evilevitch. “The result of the present study is a first step towards the goal of developing a drug and we already have positive preliminary data showing that a herpes infection can be stopped for all types of herpes virus including the resistant strains.”

The results are published in PLOS Pathogenes.

One response to “Breakthrough made in herpes antiviral molecule development”