A new study shows astrocytes derived from monogenic Parkinson’s patients have metabolic alterations that mean they could be contributing to disease progression. 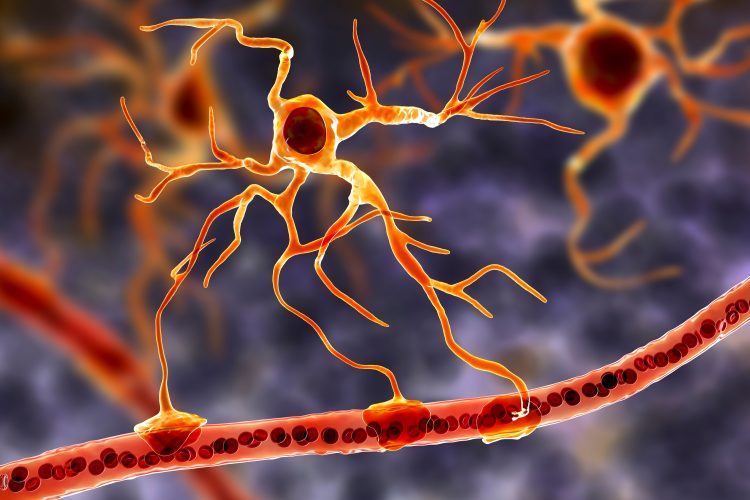 Researchers have highlighted that gene mutations associated with Parkinson’s disease (PD) cause astrocytic cells to produce significantly higher levels of alpha-synuclein (α-synuclein) and have heightened sensitivity to inflammatory signalling. From their study the team concluded that astrocytes likely contribute to PD progression and thus are potential drug targets.

While the exact cause for PD is unknown, several molecular mechanisms – including neuroinflammation, mitochondrial dysfunction, dysfunctional protein degradation and α-synuclein pathology – have been identified in PD pathology. The major hallmarks of PD are loss of dopaminergic neurons and the presence of Lewy bodies (aggregates of α-synuclein protein) and Lewy neurites. The loss of dopaminergic neurons and the subsequent decrease in dopamine levels are thought to be responsible for the motility issues experienced by PD patients. While there is no cure for PD, dopamine replacement therapy and surgery are targeted to alleviate the motor symptoms.

The greatest risk factor for PD onset and progression is advancing age; however, some toxins and pesticides have also been shown to increase PD risk. While the majority of PD patients experience late-onset, sporadic forms with no evidence for an inheritance, approximately three to five percent of PD cases are monogenic. The most common cause for monogenic PD is mutations in the leucine-rich repeat kinase 2 (LRRK2) gene. LRRK2-associated PD has similar age of onset, disease progression and motor symptoms to sporadic PD. Additionally, mutations in the GBA (glucosylceramidase beta) gene are the most significant risk factor for PD identified so far. The molecular mechanisms by which GBA mutations increase the risk of disease are currently under investigation.

Many studies have explored how dopaminergic neurons are implicated in PD pathology; however, the contribution of astrocytes, the most abundant cell type in the brain, has only received minimal attention. Astrocytes are glial cells that were thought to be supporting cells for neurons, but in recent years it has become apparent that their role is far more extensive. The authors of the study reported that, until their study, very few investigations have used iPSC-derived astrocytes obtained from PD patients.

In their current paper, the Finish researchers used iPSC-derived astrocytes from two PD patients carrying a mutation in the LRRK2 gene, one of which had an additional mutation in GBA to further characterise the PD astrocyte phenotype. They observed that the astrocytes from PD patients produced significantly higher levels of α-synuclein, which is known to aggregate in the brains of PD patients, forming Lewy bodies – a hallmark of PD, and disrupt calcium homeostasis. In their study, they also found increased calcium levels in PD astrocytes.

Finally, the researchers reported that the PD astrocytes showed increased levels of polyamines and polyamine precursors while lysophosphatidylethanolamine levels were decreased, both have been observed in the brains of PD patients.

“The results provide evidence that LRRK2 and GBA mutant astrocytes are likely to contribute to PD progression and offer new perspectives for understanding the roles of astrocytes in the pathogenesis of PD,” said Early Stage Researcher Tuuli-Maria Sonninen, the lead author of the study.