Researchers have found that the level of antibodies in the serum of SARS-CoV-2 patients correlated with disease severity. 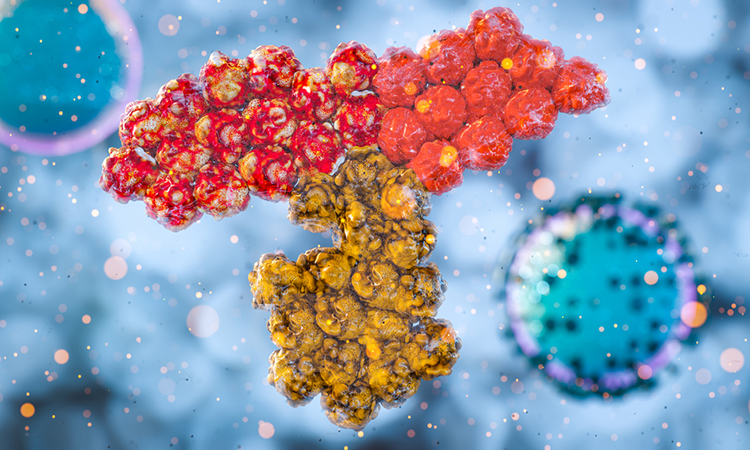 New research has provided a clearer picture of the protective antibodies induced by SARS-CoV-2 and their role in COVID-19 severity. The research was conducted at the University of Vermont, US.

Based on a study of serum samples collected from 32 hospitalised COVID-19 patients and from 17 asymptomatic subjects who had antibodies to SARS-CoV-2, immunologist Dr Sean Diehl and colleagues found that the level of antibodies correlated with disease severity.

“As this was early in the pandemic, some expected that sicker patients would have less of these antibodies, but we found the opposite,” said Diehl, who believes that “higher antibody levels in sicker patients is likely reflective of the presumed higher viral load in sicker patients.” This finding has also been confirmed by others in cohorts of COVID-19 patients in Boston and Seattle.

Among the hospitalised COVID-19 patients, there were 13 sicker patients who required longer-term intensive care unit (ICU) treatment whose antibody levels became higher the longer they remained in the ICU in comparison to the COVID-19 patients that did not require ICU admission. The researchers also found higher antibody levels in general in hospitalised COVID-19 patients compared to those who had previously had exposure to SARS-CoV-2, some of whom had developed mild disease, but not required hospitalisation. These samples were collected from serological surveys of 174 ICU health care workers in collaboration with Professor Gary An and as part of a community serosurvey of 454 subjects in collaboration with Associate Professor Eline van den Broek-Altenburg.

Using a serological assay developed by Dr Florian Krammer, of Mount Sinai’s Icahn School of Medicine, the researchers measured serum antibodies that target a specific domain of the Spike (S) protein of the SARS-CoV-2 virus – the receptor binding domain (RBD). According to the researchers, antibodies targeting the RBD can prevent the virus from infecting cells; for that reason, it is considered the best candidate for a protective antibody response – a key goal of vaccine development.

For this study, the team first defined when, following COVID-19 symptom onset, antibodies arise, determining that activity can occur in as little as five days and remain high even six weeks later. In addition, they discovered no differences in anti-RBD-S antibodies in men and women, despite evidence that men are more likely to die from COVID-19 than women. Surprisingly, many elderly patients – those 80 years old and above – produced as strong an antibody response as the 40-year-olds in the study, which was inconsistent with the common belief that the elderly have a weaker immune response. Another insight was that the few individuals who died did not have different level of antibodies versus those who recovered.

“This is actually good news,” said Diehl. “We think this means that a vaccine may not need to achieve the highest possible RBD-S antibody levels because those outpatient COVID-19 patients who developed intermediate antibody levels did not develop severe disease and did not require hospitalisation… Currently, we are doing more research to find out how these antibodies can help protect you from getting sick again with SARS-CoV-2.”

The findings are published in Clinical and Translational Immunology.