Researchers have shown that the internal clock controls the regenerative mechanism behind beta cells in diabetic mice. 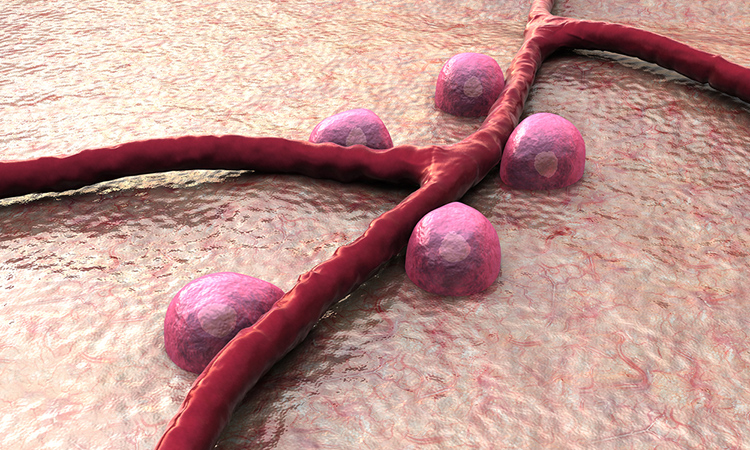 By studying diabetic mice, researchers have observed the regenerative mechanism behind beta cells, the pancreatic cells in charge of the production of insulin. According to the scientists, beta-cell population is partially destroyed when diabetes occurs, so regenerating these cells represents an outstanding clinical challenge.

The researchers found that this regeneration mechanism was under the influence of circadian rhythms – the molecular clocks regulating metabolic functions according to a 24-hour cycle of alternating day-night. In addition, the scientists identified the essential role of the core clock component BMAL1 in this process.

To explore the connection between internal biological clocks and beta cell regeneration, Dr Charna Dibner’s team first observed two groups of mice with only 20 percent of beta cells remaining after targeted massive ablation. Mice in a first group were arrhythmic, whereas the control group had perfectly functional clocks.

“The result was very clear; the mice bearing dysfunctional clocks were unable to regenerate their beta cells and suffered from severe diabetes, while the control group animals had their beta cells regenerated. In just a few weeks, their diabetes was under control,” said Volodymyr Petrenko, lead scientist of the study.

Image of pancreatic islets showing proliferation markers (in red staining) in the nuclei (in blue) of insulin-producing-cells (in green) [credit: UNIGE/Dibner].

By measuring the number of dividing beta cells across 24 hours, the scientists noted that regeneration is significantly greater at night, when the mice are active.

According to the team, the arrhythmic mice were lacking the BMAL1 gene, which codes for the protein of the same name, a transcription factor known for its key action in the functioning of circadian clock. In addition, large-scale transcriptomic analyses over a 24-hour period revealed that the genes responsible for regulating cell cycle and proliferation were not only upregulated, but also acquired circadian rhythmicity.

“BMAL1 seems to be indeed central for our investigation,” stressed Dibner. “However, whether the regeneration requires functional circadian clocks themselves, or only BMAL1, whose range of functions goes beyond clocks remains unclear. That is what we would like to find out at present.”

The scientists also want to explore the function of alpha cells, which produce glucagon, the hormone that antagonises insulin, in this model. The arrhythmic mice indeed showed very high levels of glucagon in the blood.

The results are published in Genes and Development.