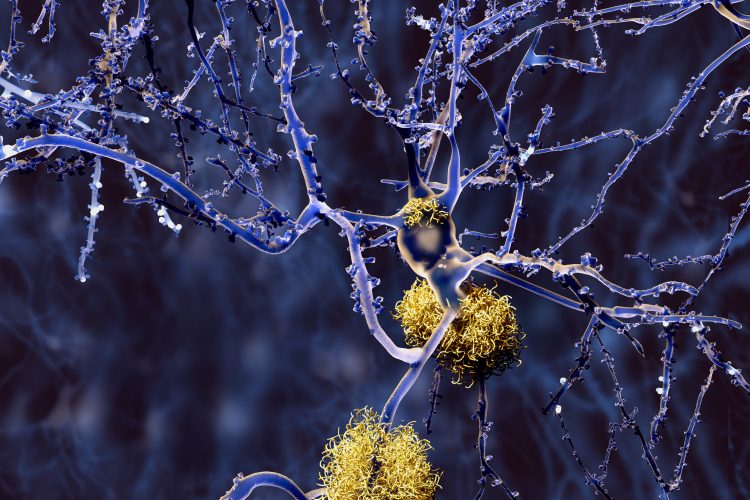 In a new study, researchers have shown how liquid-liquid phase separation greatly accelerates the formation of tau protein aggregates and identified a novel regulatory mechanism that may play a major role in determining the clinical outcome of disease.

Alzheimer’s disease (AD) is perhaps the most well-known example of a tauopathy – a neurodegenerative disease in which tau proteins aggregate inside neurons, forming neurofibrillary tangles that disrupt intracellular trafficking and cause the cells to die. According to the Alzheimer’s Association, more than five million Americans have AD and this number is expected to triple by 2050. Other tauopathies include Pick’s disease, frontotemporal dementia, progressive supranuclear palsy and chronic traumatic encephalopathy. There is currently no cure for any of these diseases.

Recent research has suggested that tau can undergo liquid-liquid phase separation, a process resulting in the formation of liquid-like droplets containing highly concentrated protein. This phenomenon, similar to how oil and water separate when mixed, is believed to be important for normal functions of cells. However, in the case of AD and other tauopathies it is also thought to have pathological consequences.

In a new study, researchers at the Case Western Reserve University School of Medicine, US established a link between tau liquid-liquid phase separation and neurofibrillary tangle formation. They showed in in vitro experiments that the environment of liquid droplets greatly accelerates the aggregation of tau into fibrillar structures similar to those found in the brain of AD patients.

Perhaps more importantly, the team also described a mechanism by which tau fibrillation is regulated in these liquid droplets.

According to the researchers, the ratio between different variants of tau protein (isoforms) within the droplets can alter the speed at which tau aggregates. The team reported that, regardless of the isoforms included in the liquid droplets, the total concentration of all tau variants is constant. Therefore, increasing the proportion of smaller tau isoforms which aggregate more slowly reduces the concentration of longer isoforms that aggregate more quickly, reducing the overall rate of tau fibrillation – and resulting tangle formation.

According to the paper, this regulatory mechanism may be of direct relevance to various tauopathies, as the ratios of fast and slowly aggregating tau isoforms in the brain varies substantially in different diseases. In AD, for example, patients typically express an equal proportion of longer and shorter tau isoforms; however, those with progressive supranuclear palsy typically express more of the longer isoform and the neurofibrillary tangles in people with Pick’s disease consist largely of the shorter variant.

The team cautioned that while their findings may help to better understand the pathological process, their study was limited experiments with purified proteins in the test tube. The senior author of the study is Witold Surewicz, a professor of physiology and biophysics at the School of Medicine said: “The next step is to verify these findings in cell and animal models of the disease.”

Endosomal trafficking could be a target for Alzheimer’s therapies…