The new study shows how SARS-CoV-2 significantly remodels cellular processes in just an hour and identifies potential drug targets and therapeutics for COVID-19. 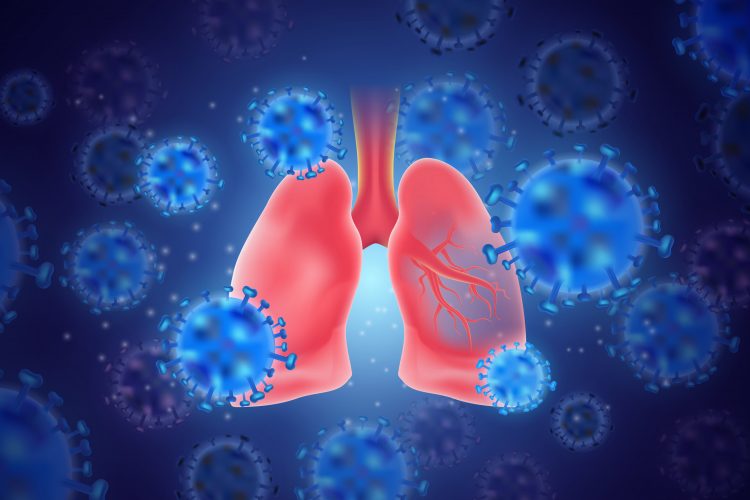 Researchers have created the first map of molecular responses to SARS-CoV-2 infection in the lung. Their report shows how the levels of host proteins and pathways in lung cells change upon infection, providing insights into disease pathology and new therapeutic targets to prevent COVID-19, the disease caused by SARS-CoV-2.

In their paper, the collaborators describe performing a quantitative phosphoproteomic survey on stem cell-derived alveolar epithelial type 2 cells (AT2s) infected with SARS-CoV-2. In the study, the team examined changes in the proteome of AT2s after infection with SARS-CoV-2 to understand what changes occur in lung cells immediately (at one, three and six hours after infection) and what changes occur later (after 24 hours). At each time point the team extracted and labelled proteins from infected and uninfected alveolar cells, allowing the proteome of the two cell lines to be compared.

According to the researchers, one of the most crucial differences in infected cells was that protein phosphorylation becomes aberrant. Phosphorylation has a major role in regulating protein function inside the cells and is typically highly controlled in healthy cells. However, the team reported that SARS-CoV-2 infection throws the lung cells into disarray, causing abnormal changes in the frequency of protein phosphorylation and protein amounts (which is also tightly controlled in healthy cells). These changes help the virus to multiply and eventually destroy the cells. The researchers theorised that this destruction of infected cells may be the cause of the widespread lung injury.

The researchers also reported changes to a variety of other cellular processes, starting only an hour after infection. Other processes remodelled by SARS-CoV-2 infection included cell signalling, RNA processing, translation, metabolism, protein trafficking and cytoskeletal-microtubule organization. All these changes resulted in cell cycle arrest, genotoxic stress and innate immune responses.

The team also performed a small screen based on their data and identified 18 pre-existing clinically approved drugs could potentially be repurposed for use as COVID-19 therapies, all of which have shown exceptional promise to inhibit SARS-CoV-2 proliferation in AT2s.

The study published in Molecular Cell was a collaboration between scientists at the National Emerging Infectious Disease Laboratories (NEIDL), the Center for Regenerative Medicine (CReM), the Center for Network Systems Biology (CNSB) and Boston University School of Medicine (BUSM), all US.