A team has found that their drug Molnupiravir (MK-4482/EIDD-2801) acts as an antiviral against SARS-CoV-2 in pre-clinical studies. 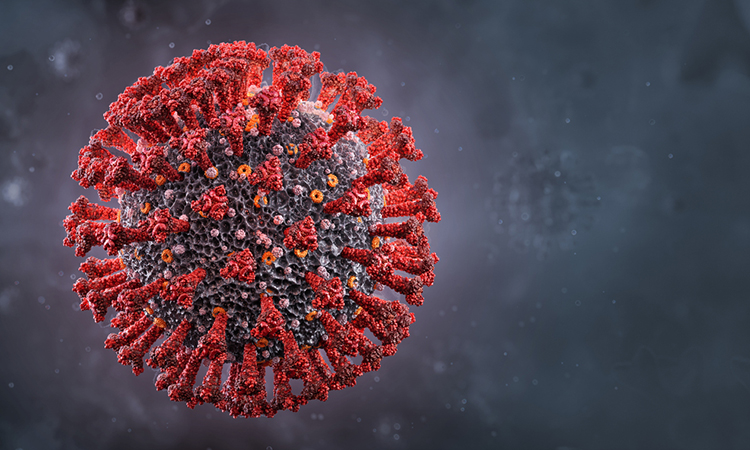 A team has developed a new potential antiviral drug to combat infection from SARS-CoV-2, the virus causing the COVID-19 pandemic. Named Molnupiravir (MK-4482/EIDD-2801), the molecule was originally developed by Emory University, US, and was licensed by Ridgeback Biotherapeutics for development, in collaboration with Merck.

The study was conducted at the Institute for Biomedical Sciences at Georgia State University, US. The group, led by Dr Richard Plemper, originally discovered that the drug is potent against influenza viruses and completely suppresses virus transmission within 24 hours.

Early on, the researchers noted that MK-4482/EIDD-2801 has broad-spectrum activity against respiratory RNA viruses and that treating infected animals by mouth with the drug lowers the amount of shed viral particles by several orders of magnitude, dramatically reducing transmission. This led them to suggest it could be used to prevent the transmission of SARS-CoV-2.

The team repurposed MK-4482/EIDD-2801 against SARS-CoV-2 and used a ferret model to test the effect of the drug on halting virus spread.

“We believe ferrets are a relevant transmission model because they readily spread SARS-CoV-2, but mostly do not develop severe disease, which closely resembles SARS-CoV-2 spread in young adults,” said Dr Robert Cox, co-lead author of the study.

The researchers infected ferrets with SARS-CoV-2 and initiated treatment with MK-4482/EIDD-2801 when the animals started to shed virus from the nose.

“When we co-housed those infected and then treated source animals with untreated contact ferrets in the same cage, none of the contacts became infected,” said Josef Wolf, a doctoral student and co-lead author of the study. By comparison, the researchers found that all contacts of source ferrets that had received placebo became infected.

The team say if these ferret-based data translate to humans, COVID-19 patients treated with the drug could become non-infectious within 24 hours after the beginning of treatment.

“This is the first demonstration of an orally available drug to rapidly block SARS-CoV-2 transmission,” said Plemper. “MK-4482/EIDD-2801 could be game-changing.”