A study has found that T cells combat SARS-CoV-2 by targeting many sites on the coronavirus, not just the Spike protein. 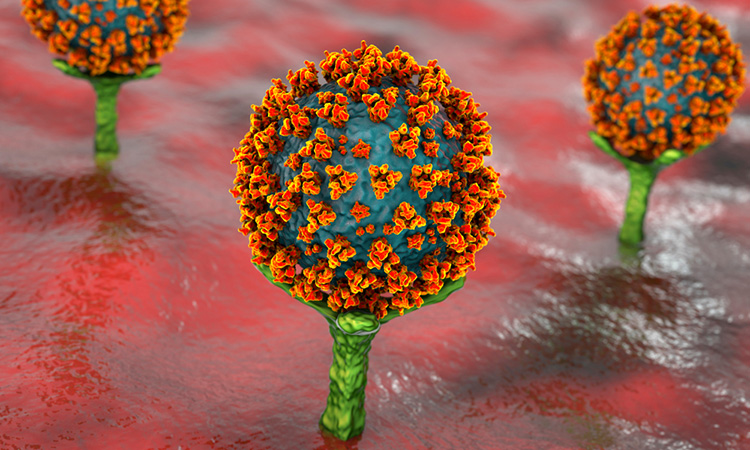 A new study has suggested that T cells combat SARS-CoV-2 by targeting a broad range of sites on the virus, beyond the key sites on the virus’s Spike (S) protein. By attacking the coronavirus from many angles, the body can potentially recognise different SARS-CoV-2 variants. The study was led by scientists at La Jolla Institute for Immunology (LJI), US.

According to the scientists, the new research is the most detailed analysis so far of which proteins on SARS-CoV-2 stimulate the strongest responses from the immune system’s “helper” CD4+ T cells and “killer” CD8+ T cells.

“We are now armed with the knowledge of which parts of the virus are recognised by the immune system,” said Professor Alessandro Sette, who co-led the new study.

The researchers examined T cells from 100 people who had recovered from SARS-CoV-2 infection. They then investigated the genetic sequence of the virus to separate the potential epitopes from the epitopes that these T cells would actually recognise.

Their analysis revealed that not all parts of the virus induce the same strong immune response in those infected. They found that T cells can recognise dozens of epitopes on SARS-CoV-2 and these immunodominant sites also change from person to person. On average, each study participant had the ability to recognise about 17 CD8+ T cells epitopes and 19 CD4+ T cell epitopes.

The team say that this new study shows that while the immune system often mounts a strong response against a particular site on the virus’s S protein called the receptor binding domain, this region is not as effective at inducing a strong response from CD4+ helper T cells.

Without a strong CD4+ T-cell response, patients may be slow to mount the kind of neutralising immune response that swiftly fights the virus. However, the broad immune response helps and most people have immune cells that can recognise sites other than the receptor binding domain.

Among the epitopes they uncovered, the researchers identified several additional epitopes on the SARS-CoV-2 S protein. By targeting many vulnerable sites on the S protein, the immune system would still be able to fight infection, even if some sites on the virus change due to mutations.

Since the announcement of the fast-spreading UK variant of SARS-CoV-2, the researchers have compared the mutated sites on that virus to the epitopes they found. Sette noted that the mutations described in the UK variant for the S protein affect only eight percent of the epitopes recognised by CD4+ T cells in this study, while 92 percent of the response is conserved.

The research was published in Cell Report Medicine.