Synthetic “switch” is a pivotal step for smart insulin therapy

A novel synthetic “switch” has been developed that could hold the key to revolutionary smart insulin therapy for diabetic patients. 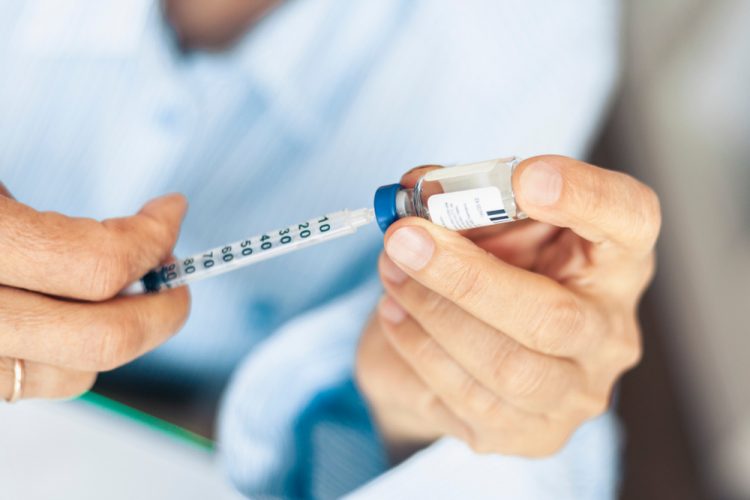 A team led by Professor Michael Weiss at the Indiana University School of Medicine, US, have invented a synthetic hinge that could lead to ‘smart’ insulin therapies that would transform care for diabetic patients in the future.

The team’s concept exploits a natural mechanism, designated the “protective hinge,” that is built into vertebrate insulins. The protective hinge is a natural structural feature that evolved more than half a billion years ago to keep the hormone stable in its closed state but foldable and functional in its open state.

Immediate consequences of severely low blood sugar (hypoglycaemia) can include delirium, convulsions or loss of consciousness and repeated episodes of severe hypoglycaemia can cause cognitive decline. On the other hand, chronic high blood sugar (hyperglycaemia) can lead to blindness, stroke or amputation. Staying in the desired blood glucose range is a delicate balance that insulin-dependent diabetics face every day.

However, Weiss said that he envisions a future when people do not have to choose to risk their long-term health to protect themselves from the immediate dangers of severe hypoglycaemia. “The promise of this kind of ‘smart’ insulin is that it would transform diabetes care, so people would not have to worry anymore,” said Weiss. “With our invention, we envision that when the blood sugar goes low, the hinge would close. But there will be much work to do to translate our proof-of-principle to a Food and Drug Administration (FDA)-approved product.”

While other types of glucose-responsive insulins are being developed elsewhere, Weiss’ invention is unique in its simplicity. The synthetic hinge exploits naturally occurring processes and introduces fewer external or artificial elements compared to other approaches.

This invention could lead to further revolutionary developments, such as glucose-responsive insulin. “In the recent study from the Weiss laboratory appearing in PNAS, we see an example of the next exciting phase of insulin development, namely development of an insulin analogue which through chemical modification can sense the level of sugar present in the blood,” said Carl Ronald Kahn at Harvard Medical School, US. “While the current analogue has been designed to sense fructose, it seems likely that this same approach can be used to develop analogues to sense glucose.  Whether these can be sensitive enough to be modulated by changes within the physiological range remains to be determined, but if so, this would be an important new tool in the management of diabetes.”

While their study uses fructose as a model (representative of a monosaccharide like glucose), it suggests that Weiss’ synthetic hinge concept works. His team are already working on glucose-responsive insulin candidates that open and close at the desired high and low glucose thresholds, which are respectively 70 to 180mg per decilitre. By replacing the fructose sensor with glucose sensors, a revolutionary insulin therapy may be a possibility in the near future.