A new study has found abnormalities in the blood vessels of human hearts, possibly leading to treatments for cardiac microvascular dysfunction. 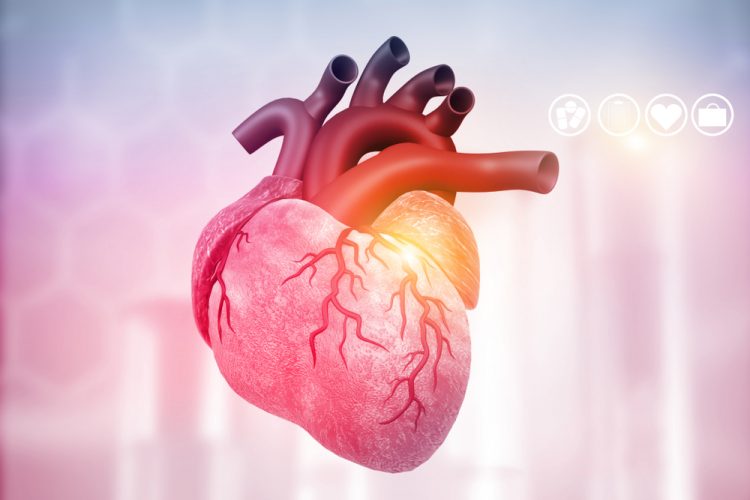 Novel research conducted by a team at the Universities of Bristol and Oxford, both UK, has shown abnormalities in the tiny blood vessels of human hearts in regions beyond the large arteries with atherosclerotic blockages that trigger the need for stents or bypass surgery. According to the team, the findings may lead to new treatments for patients with angina-like symptoms without blockages or those recovering from a heart attack or unexplained cardiac failure.

Currently, heart scans can identify blockages in large coronary arteries, but they are unable to show these tiny micro-arteries in patients, so it is impossible to diagnose poor myogenic tone which is thought to develop independent of disease in the larger arteries. This study used tissue biopsies to study the function, structure and alterations in pathways in the micro-arteries that link to abnormalities in myogenic tone.

The team took small heart samples that were otherwise discarded from 88 patients with no large coronary artery blockages and undergoing valvular cardiac surgery at the Bristol Heart Institute. In addition, cardiac samples were obtained from three human organ donors from the Newcastle Institute of Transplantation Tissue Biobank and 45 pigs treated at the University of Bristol Translational Biomedical Research Centre (TBRC).

The researchers found that 44 percent of the micro-arteries from patients had abnormal myogenic tone despite retaining their cell viability. This abnormality was associated with an excessive presence of the molecule caldesmon within the muscle cells in the wall of the abnormal micro-arteries and with poor alignment of these contracting cells compared to micro-arteries with normal myogenic tone from the other 66 percent of patients and all the organ donors and pigs. The findings offer new insights on coronary microvascular dysfunction that could predate the development of clinically known heart disease such as heart failure, the team said.

“Our study lifts the lid on cardiac microvascular dysfunction,” stated Professor Raimondo Ascione at the University of Bristol. “It could help to develop new treatments to help patients with angina-like symptoms without coronary blockages, or those recovering from a heart attack or unexplained heart failure.”

“This study is the first to develop techniques to understand the links between the structure of micro-arteries and impaired myogenic tone, representing the outcome of years of painstaking work to develop the methods and apply them to micro-arteries from human hearts,” Professor Jeremy Pearson at the British Heart Foundation which funded the study. “The findings provide new information that will help to develop treatments for the many patients whose angina occurs without significant narrowing of their coronary arteries.”

The study was published in Cardiovascular Research.