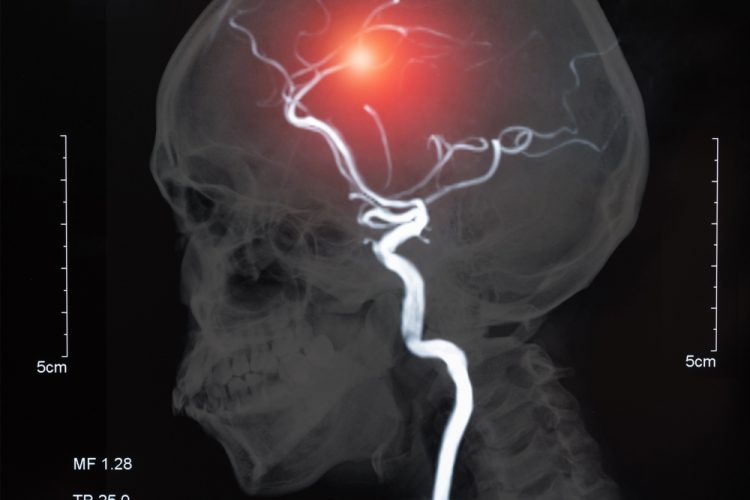 A team at the Universitat Autonoma de Barcelona (UAB), Spain, have found that sphingosine-1 phosphate (S1P) produces the necessary vasoconstriction in the cerebral blood vessels for the regulation of blood flow, suggesting that S1P could be a potential therapeutic target for diseases such as Alzheimer’s.

The arachnoid is one of the three meninges and is responsible for mechanically and immunologically protecting the brain and the spinal cord. It allows communication between the cerebrospinal fluid and the cerebral blood vessels and controls several crucial physiological responses in the brain, such as supplying nutrients and eliminating toxic waste.

The team hypothesised that the arachnoid membrane surrounding middle cerebral artery (MCA) regulates its function via S1P-induced vasoconstriction and used microspectroscopy and imaging for in situ detection of S1P in mouse models.

Strong S1P-positive signals were detected in the arachnoid surrounding the MCA wall in both mice models, as well as in a human post-mortem specimen. The results showed for the first time that this fat, once released from the arachnoid, produces the necessary vasoconstriction in the cerebral blood vessels for the regulation of blood flow. In addition, this process facilitated the elimination of waste substances by generating a vascular pulsation that would help expel them through the cerebrospinal fluid.

According to the team, the results of the study are not only relevant to understanding the physiological role of this substance in the brain blood vessels. The results also suggest that in those pathological states that present the accumulation of toxic substances, such as Alzheimer’s disease, SP1 in the arachnoid could be altered.

Furthermore, this would explain why beta-amyloid peptide clearance is reduced in Alzheimer’s patients, altering proper brain function and causing cognitive dysfunction and dementia, the researchers said. “In the study, we saw there is a decrease in S1P deposits with age and we believe this could be affecting the elimination of beta-amyloid peptide, promoting the development of the disease,” explained Francesc Jiménez-Altayó, a UAB researcher leading the study.

The study was published in Experimental Study.